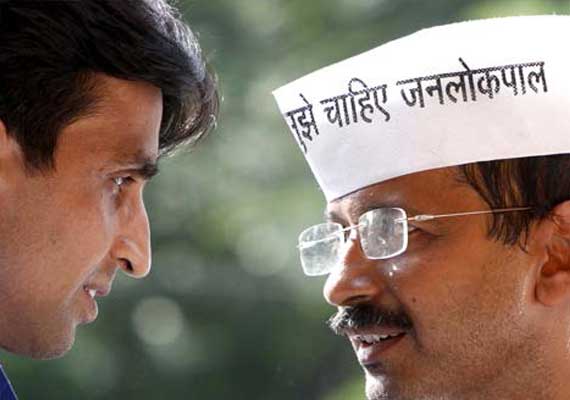 New Delhi, May 5 (IANS) Describing the personal attack on his colleague Kumar Vishwas as “despicable”, Delhi Chief Minister Arvind Kejriwal on Tuesday said the AAP will no more respond on the issue even as a member of the Delhi Commission for Women (DCW) quit in protest.

Kejriwal told media that the Aam Aadmi Party would prefer to be silent as families of party leaders were being targeted in the name of politics.

“You may have a fight against us, against our political stand. Do not drag our families and children into this. I am extremely disappointed over all this,” he said.

“Some media houses are trying to malign us. We have decided to keep quiet now and will not respond any more. We will answer your questions if you ask about our governance or our work.

“The way Kumar Vishwas and his family were targeted by the media, I think it was despicable.”

A young AAP woman activist went public here saying her life was in ruins because Kumar Vishwas was refusing to publicly deny “rumours” of their alleged affair.

She has taken the matter to the Delhi Commission for Women (DCW), which has issued notices to Kumar Vishwas.

“Vishwas’ family is under depression. His daughter is being asked in school what relations her father has (with this woman),” the AAP leader said.

“Kumar Vishwas and the girl, both have said there was nothing between them and that the rumours were baseless, yet the media is reporting without any proof,” Kejriwal said.

Earlier in the day, a press conference called by the DCW over the issue broke up in acrimony as one of the members said Kumar Vishwas was being framed and announced her exit from the women’s panel.

As DCW chief Barkha Singh prepared to address the media, panel member Juhi Khan, sitting beside her, told the journalists that Kumar Vishwas was innocent and was being framed.

She also accused Barkha Singh, who is from the Congress party, of trying to “gain political mileage” out of the matter.

Upon this, an upset Barkha Singh accused Khan of being an AAP member.

Khan then walked out and declared that she was quitting the DCW.

“Kumar Vishwas is innocent and he is being framed,” she said.

The DCW on Monday reportedly issued summons to Kumar Vishwas in the case to appear before it on Tuesday. After Kumar Vishwas said he had not got any summons, Barkha Singh said fresh summons would be issued.

Shah Rukh Khan’s performance in Canada only in Vancouver