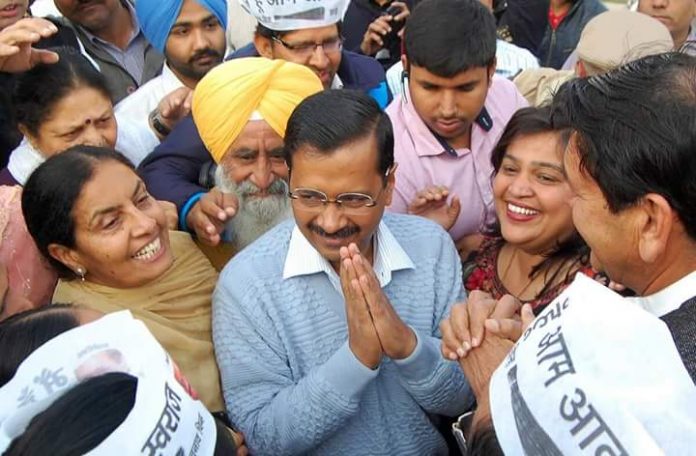 Kejriwal, who arrived here on a regular flight from Delhi, drove immediately to Sangrur town in Punjab. He was received here by top AAP leaders of the Punjab unit and some party leaders from Delhi.

“I am starting my five-day trip of Punjab today. I will be visiting villages and meeting with common people,” Kejriwal told the media after landing here.

“Other parties make their manifestoes in air-conditioned rooms. We go to villages and homes of people,” Kejriwal said while taking a dig at other political parties.

Kejriwal will travel to Punjab’s three regions – Malwa, Majha and Doaba, during the visit, starting from Sangrur and Bathinda districts in the agriculturally-fertile south-west Punjab.

“He will interact with various sections of the society comprising families of distressed farmers who have been committing suicides, members of Dalit families and unemployed educated youth and know the concerns of the women folk about their safety and security,” an AAP spokesman said.

He will meet the business community, comprising traders and captains of industry, to know the problems faced by them in the state.

The Congress in Punjab had earlier said that it will oppose Kejriwal’s visit if the Aam Aadmi Party does not change its agenda for the state.

“Kejriwal should not play with fire by instigating the sentiments of the people of Punjab. This is a very dangerous style of politics being done by the AAP,” Congress leader and Ludhiana MP Ravnit Singh Bittu had said.

The AAP is posing a serious political challenge to the ruling Shiromani Akali Dal-BJP alliance and the Congress, which have dominated Punjab’s political space for decades, in the run up to next year’s assembly polls.