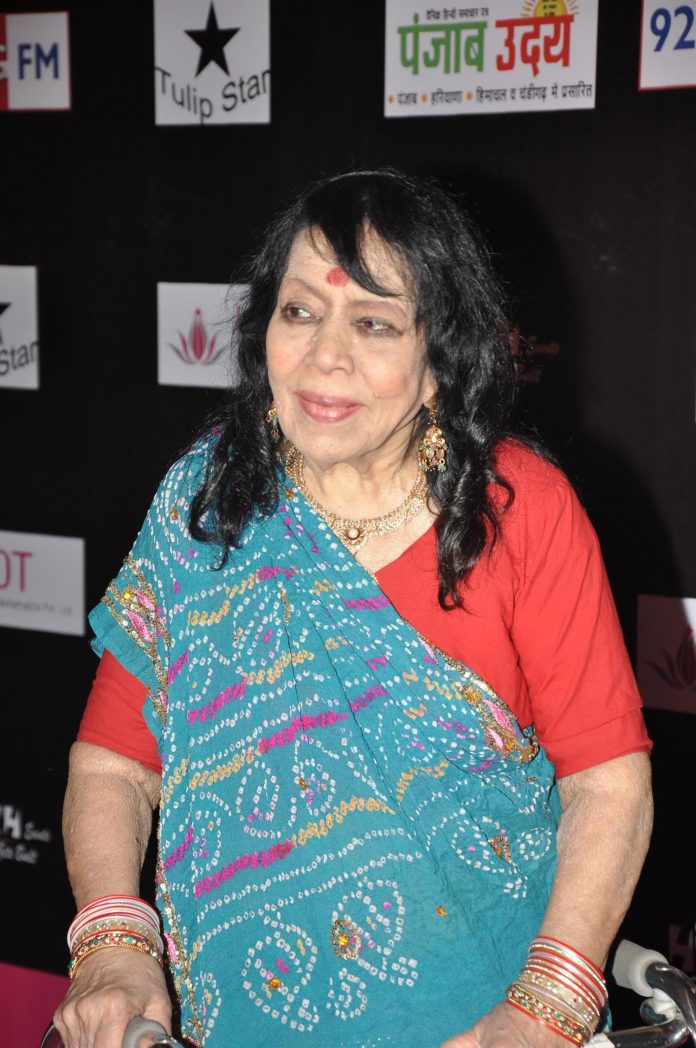 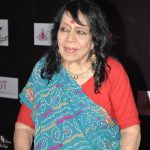 Popular kathak dancer Sitara Devi, who was conferred the title of ‘ Nritya Samragini ‘ by Rabindra Nath Tagore at the age of 13, died in Mumbai after prolonged illness at the age of 94. Singer, actor & dancer Sitara Devi, who was married three times to actor-producer Nazir Ahmed Khan, producer-director K. Asif & Pratap Barot, left behind her only son Ranjit Barot, famous composer. Popular singer, actor & dancer Sitara Devi was one of the famous bollywood personality in 30’s,40’s & 50’s, who did many films like Najma, Phool, Hulchul, Usha Vardhan & Sitara, was last seen in Mehboob Khan’s Mother India (1957) and thereafter devoted her to kathak dance. Sitara Devi was conferred the Sangeet Natak Academy award (1969), Padma Shree (1973), Kalidas Samman (1995) & Nritya Nipun (1998) but refused Padma Bhushan in 2008, saying that she desrved nothing less than Bharat Ratna . Madhu Bala, Rekha, Kajol & Hrishita Bhatt were some of her popular bollywood disciples and Dilip Kumar was her adopted brother. PM Narendra Modi, Amitabh Bachchan & Shekhar Kapoor tweeted their condolences as she was cremated in Mumbai in the presence of many of her well-wishers. RIP Sitara Devi (Nov.8, 1920 – Nov.25, 2014) 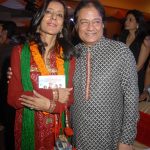 Popular gazal & bhajan singer Anup Jalota’s wife Medha Jalota died in New Jersey, USA at the age of 58 after liver failure resulting from failed kidney and heart transplant. Medha, niece of Inder Kumar Gujral, former Prime Minister of India, who was earlier married to producer-director Shekhar Kapoor, left behind her only son Aryaman Jalota, as the entire film fraternity and arts community started sending condolence messages to Anup Jalota. Asian Journal sincerely hopes that Anup Jalota will overcome this immense tragedy in his life and pray for the soul of Medha Jalota!

The Bollywood Wedding of The Year!!! 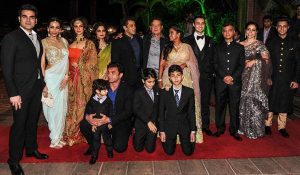 Indeed, it was the Bollywood Wedding of the Year, as almost all of bollywood fraternity was seen at Salman Khan’s younger sister ARPITA’s reception at  Mumbai’s Taj Land End Hotel . From Hrithik Roshan to Sonakshi Sinha and Vinod Khanna to Shatrughan Sinha, the new & old brigade of bollywood was there and Riteish & Genelia Deshmukh, Farhan & Zoya Akhtar, Jacqueline Fernandez, Randhir & Karishma Kapoor, Ajay Devgun, Varun Dhawan, Siddharth Malhotra, Prem Chopra and many more were to enjoy the party which got better afterwards as Shahrukh Khan showed up at 2 AM to dance till morning. Surprisingly, Katrina Kaif was nowhere to be seen at the reception and so were the Bachchans and ofcourse  Ranbir Kapoor, John Abraham &  Arjun Kapoor were not invited but one wonders why Saif Ali & Kareena Kapoor Khan, Deepika Padukone, Akshay Kumar, Dharmendra, Hema Malini, Priyanka Chopra, Kangana Ranaut & Shahid Kapoor were no shows there but even after that, it was the Bollywood Wedding of the Year !!!

It wasn’t Happy Ending after all!!!
Saif Ali Khan’s Happy Ending failed to create the buzz inspite of superb performance by Govinda and the film has been declared a flop. Saif missed Arpita-Ayush marriage as he was busy with Ileana D’Cruz, Kalki Koechlin & Govinda to promote the film but the audiences rejected it and now Govinda has one after another flop after the dismal performance of Yash Raj Film’s Kill Dil ; Karan Johar’s long delayed Ungli is finally releasing this friday and much is expected from Emraan Hashmi, Kangana Ranaut, Randeep Hooda, Neha Dhupia & Sanjay Dutt starrer film, though it’s to be seen if the delay will affect the box-office collection as Chandra Prakash Diwedi’s Zed Plus with Mona Singh & Adil Khan, Suleimani Keeda, Anubhav Sinha’s Zid & Hum Hain Teen Khurafaati also open this Friday ; Pakistani film star Veena Malik has been given a sentence of 26 years by a Pakistani court for ‘ Blasphemy ‘ ; well-known Fijian singer Sumeet Tappoo, who recently released the gazal album Destiny with Pankaj Udhas, Talat Aziz & Anup Jalota, will be performing at Vancouver Playhouse on Friday, December 5th and with that, it’s time to say good` bye but not before reminding you all to watch the Yaadein of Geeta Dutt, whose 84th b’day was celebrated on November 23rd all over, on SMC # 116 on Sunday, Nov.30th @ 1 PM !