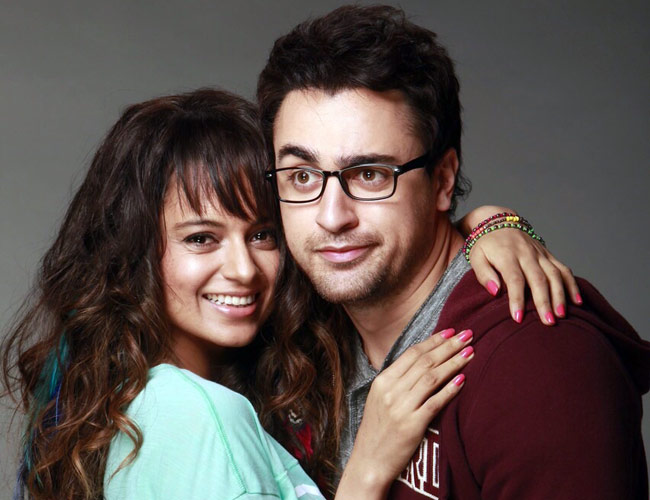 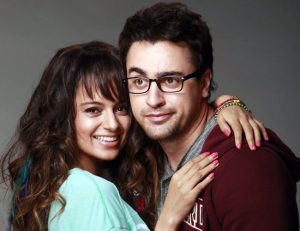 KANGANA may’ve irked a few when she pompously announced that only she could’ve done justice to the roles in QUEEN & TANU WEDS MANU RETURNS, however, there’s no denying the fact that she’s the most celebrated actress today and from SALMAN KHAN to SHAHRUKH KHAN and AMITABH BACHCHAN to AAMIR KHAN, almost the entire film industry is singing praises of her latest work. The very fact that she delivered two of the biggest hits in recent memory with non-star artists like Raj Kumar Rao & Madhavan bears testimony to her star power and without doubt, eyebrows were raised when she signed Nikhil Advani’s KATTI BATTI with ‘ has been ‘ IMRAN KHAN, who hasn’t had a hit since DELHI BELLY and many actresses were shying away from the ‘ chocolate hero ‘, however, Kangana defied all with a mere shrug and single handedly is promoting the film all over India and abroad. Her every move is being watched and the ‘overconfidence’ could play a major role in the weeks to come but if she scores again, as what the critics and bollywood pundits are predicting, then we could see the emergence of a female actress like never before and this time it would be more powerful than Kajol, Kareena & Katrina combined. It may be a bit premature but critics and fans are getting ready to hail the QUEEN again as KATTI BATTI releases this week all over!!!

Kiruthika is the pride of the community!

Ever since I first saw her performing at a cultural function at UBC, I knew that she’ll go far and today, Kiruthika Ratnaswami is one of the finest Bharat Natyam dancer in the lower mainland having performed all over North America and winning the hearts of all dance lovers. An undergraduate of UBC with Masters from McGill University, Kiruthika Ratnaswami moved from India’s Pondicherry at a very young age and encouraged by her father, she learned from ‘Dance Guru’ JAI GOVINDA and later on perfected the centuries old dance form in Chennai, Tamil Nadu. Dancing was her hobby and soon she was performing at various cultural events and till date, has performed for various luminaries like KAILASH KHER, SHREYA GHOSHAL, SUNIDHI CHAUHAN & SONU NIGAM at several functions. Working in Edmonton, she has carried on with her dance passion and this weekend, dance lovers will get a chance to see her performing solo and with live orchestra on Saturday, September 19nth & Sunday, September 20th at Vancouver’s Roundhouse Community Centre for what many are promoting as the ‘Premium Dance Event of Vancouver’. Ticket are $ 12 for Students/Seniors and $ 15 for Adults, are available at KAMAL’S VIDEO PALACE, Surrey (604-592-9777) or visit www.kiruthika.net for more information. 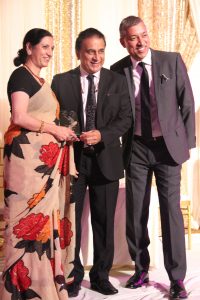 SURREYPUR , that’s how SUNIL MANOHAR GAVASKAR described the city of Surrey at a blacktie gala to honor him for his distinguished service to promote cricket around the world and standing ovation greeted him at Royal King Palace as the ‘ Little Master ‘ & ‘ Cricket Legend ‘ was felicitated by Varinder S.Parhar led Burrard Cricket Club at a lavish program which was attended by business community and cricket fans from the lower mainland. ‘ SUNNY ‘ Gavaskar , who was the first cricketer to break Australian Donal Bradman record of 29 centuries and score 10,000 runs in Test Cricket , spoke in detail about his cricket experiences and various controversies during his illustrious career and time and time again , the cricket fans applauded his various achievments. ‘ Padma Bhushan ‘ Sunil Gavaskar , who is a role model for cricketers around the world , is now a world famous cricket commentator and expert and writes for various newspapers & magazines around the world and this week is managing a World XI team against MCC XI at Lord’s,London.

Hero gets moderate success at the Box-Office!!!

Salman Khan-Subhash Ghai’s revamped HERO is certainly no match to Jackie Shroff’s HERO but Salman Khan fan following propelled it to a moderate success at the box-office as the audiences( Salman fans in particular ) roared in approval for Suraj Pancholi & Athiya Shetty and the film managed to collect Rs. 33 Crores in the first week , which is considered moderate success for the film. All eyes are on this week’s KATTI BATTI , which stars KANGANA RANAUT & IMRAN KHAN. Directed by Nikhil Advani, the film carries good reports and many are predicting another winner for Kangana , however , it’ll face tough competition from Anurag Kashyap’s MITHIYA GANGSTERS & MSG 2 : The MESSENGER and still 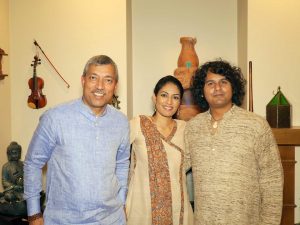 roaring WELCOME BACK , whose success has surprised the Pundits & the Producers as well. KIRUTHIKA RATHANASWAMI’s Bharat Natyam recital is on Saturday, Sept.19 & Sunday, Sept.20 at Vancouver’s ROUNDHOUSE COMMUNITY CENTRE and tickets at $12/15 are still available at Kamal’s Video Palace or visit www.kiruthika.net. This week’s YAADEIN features the husband-wife team of Tabla wizard
CASSIUS KHAN & Kathak Dancer AMIKA KUSHWAHA , who’re presenting the 4th Annual Mushtari Begum Festival of Indian Classical Music on Saturday, September 26th at New Westminster’s MASSEY THEATRE , and you can catch it on Sunday, September 20th at 1 PM on SMC #116 and with that, it’s time to say good bye till next week !

So it’s Back to School, eh?