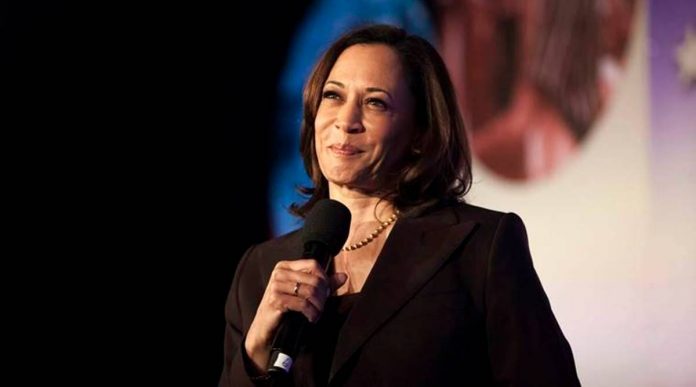 By Sidhartha Banerjee
The Canadian Press

Montreal: Kamala Harris became the first woman and first person of colour elected vice-president of the United States on Saturday, a victory that holds a special meaning for her former schoolmates and current students at the Montreal high school she made her alma mater almost 40 years ago.

Harris, 56, lived briefly in the city and graduated from Westmount High School in 1981.

The vice-president elect hasn’t spoken much about her time in the city, briefly touching on it in her memoir “The Truths we Hold: An American Journey.” She described arriving in the city as a 12-year-old in the mid-1970s when her Indian-born mother Shyamala Gopalan, a breast-cancer researcher, took a job at McGill University.

Hugh Kwok, who was friends with Harris at the public high school, wished her well in her new, history-making role. He described her win alongside President Elect Joe Biden as a positive development at a time when the world could use an infusion of peace and love.

“Definitely it’s good for Canadians, she understands Canadians since she lived here,” he said.

Kwok said he and Harris encouraged each other to follow their respective passions for tennis and dancing as teenagers.

While he hasn’t spoken with her since graduating, he said her supportive messages from the past continue to resonate today.

“I’m not a political person, I’m a car guy, I build cars and she always encouraged me to follow my passion,” said Kwok, who runs the Wingho Auto dealership in Montreal.

“She’s following her passion and I’m sure she’ll do great, she has all the ingredients to do well.”

Kwok described his friend as popular in high school. He also said she was clearly adaptable as a California native adjusting to Montreal’s climate and cultural and linguistic diversity.

“She had something special, she blended in with everybody,” Kwok said, adding those traits would serve her well in her new job.

Westmount High School was quick to congratulate Harris on Saturday, celebrating a “WHS Knight In The White House” on Twitter.

“She did it. Kamala Harris- so many firsts. WHS Pride,” the school wrote.

Kaleesia Bailey, a Grade 11 student roaming the same hallways that Harris navigated, said knowing her school can count such a distinguished alumna among its ranks has an impact.

“She has been in my place at some point and it’s really inspiring because she is a Black woman and I am as well, she’s somebody to look up to,” Bailey said, referencing the fact that Harris’s father hails from Jamaica.

“I haven’t really seen anybody that’s ever looked like me in that kind of position before, so she’s a really great role model.”

Rob Green, a current Westmount teacher, said the diversity Harris encountered during her time remains a valued part of the school’s appeal.

Quebec politicians were also quick to laud her local connection after news of a Biden-Harris victory broke on Saturday morning.

“I also congratulate the Vice-President-elect, Ms. Kamala Harris, who spent part of her youth in Montreal,” Premier Francois Legault wrote on Twitter.

“We hope to see you soon. You will always be welcome in Quebec.”

Montreal Mayor Valerie Plante echoed the sentiment in a tweet of her own.

“The wait was worth it,” she wrote. “…You made history today by breaking another glass ceiling.”

Trevor Williams, a former Canadian national team basketball player who was friends with Harris and her sister Maya, recalled them as whip-smart students who were very low-key.

But he wasn’t surprised by how far Harris managed to rise.

“I just had a feeling those young ladies were going to be something major in society somewhere, somehow,” said Williams, now the father of two school age girls who he says are inspired by Harris.

“It makes me feel like I can do anything,” she said.