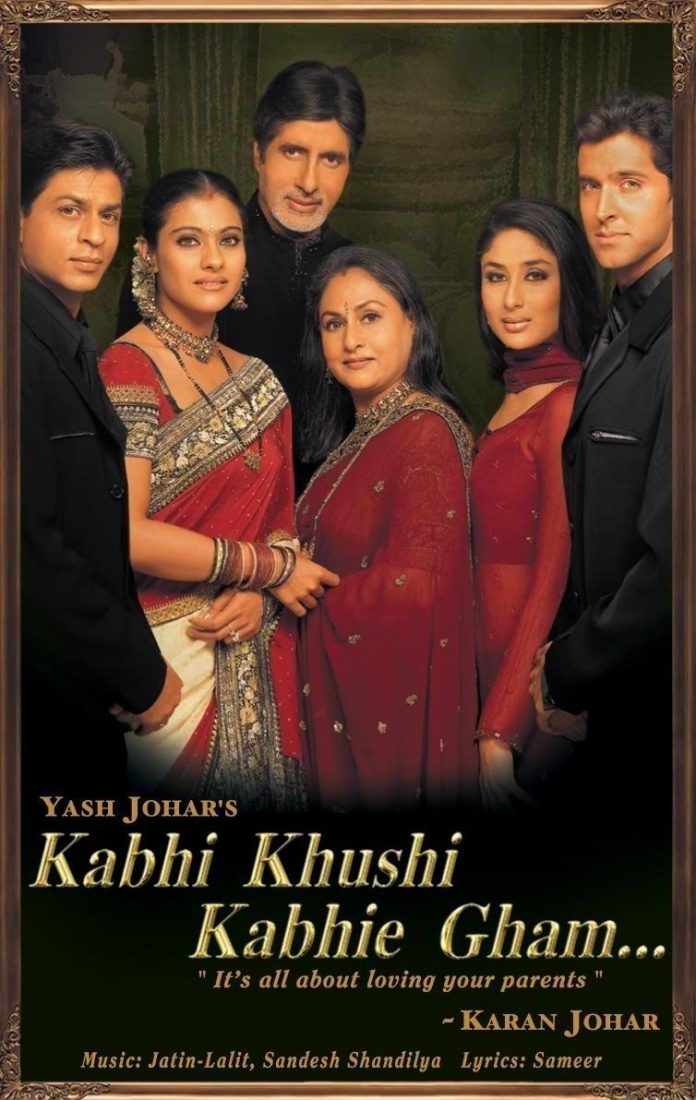 Now in its 7th year, the South Asian Family Association is pleased to announce the continuation of its popular Bollywood Under the Stars event, Vancouver’s only annual outdoor Bollywood movie screening. The society will be screening the 2001 smash hit Kabhi Khushi Kabhie Gham on Friday, August 21st at Unwin Park in Surrey. Originally the movie night was scheduled for July 24th, however that was the one rainy weekend this year, forcing the event to be rescheduled for August 21, 2015.

For the 2015 film selection, encapsulates the essence of family importance with the notion of eternal love. The movie provides a whirlwind of emotions, a roller coaster of love, tears, happiness and a sense of togetherness. With an outstanding cast including the iconic Amitabh and Jaya Bachchan starring together after 18 years, the classic on screen coupling of Shah Rukh Khan and Kajol and the refreshing Kareena Kapoor and Hrithik Roshan, this movie packed with Bollywood heavyweights.

The plot follows a business tycoon Yash Raichand (Amitabh Bachchan) who has everything a man could ever want: a loving family, a thriving empire, and a beautiful wife. When Yash’s son Rahul (Shah Rukh Khan) discovers that he is adopted, he expresses his gratitude through unwavering devotion and unending loyalty until the day that he falls in love with a boisterous young outcast named Anjali (Kajol). Disowned by his father and left to his own devices, Rahul gathers Anjali and her young sister, Pooja (Kareena Kapoor) and sets his sights on London. As the grief of Rahul’s mother (Jaya Bachchan) becomes too much to bear, his younger brother Rohan (Hrithik Roshan) sets out to find his brother and reunite their fragmented family.

Kabhi Khushi Kabhie Gham was a major commercial success in India as well as internationally and has won several times at popular award ceremonies such as Best Film, Best Actress, Best Dialogue, Best Supporting Actress, Best Jodi (Couple) amongst others.

Bollywood Under the Stars is a free, family-oriented event. Guests are encouraged to join us at 5pm with your picnics, lawn chairs and blankets.