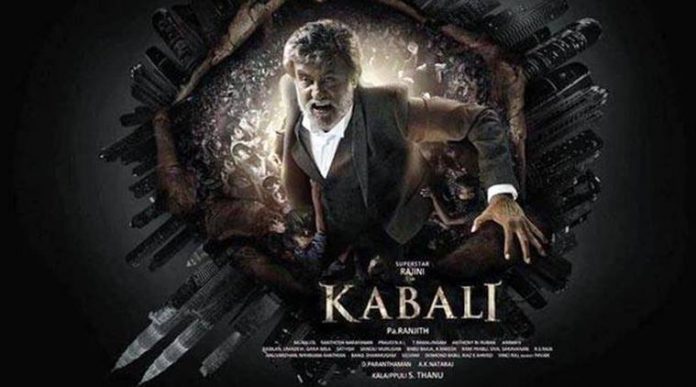 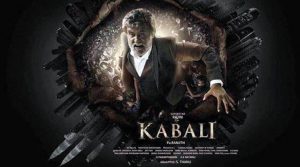 Designed as a robust mafia film, South superstar Rajnikanth’s “Kabali” is a self-glorification tale of a purported gangster with Robin Hood traits. The film mounted on an elaborate scale and hyped to exaltation, fails to live up to expectations, and the quality of the Hindi dubbed version could have been better.

Set in Malaysia, it is the tale of the ageing gangster, Kabaleeshwaran aka Kabali, who returns to his bastion after serving 25 years in prison.

Now that he is out of prison as a lonely reformed soul, his past torments him, especially the loss of his pregnant wife. How he takes stock of his life once again trying to curb the dark underbelly of Malaysia and become the saviour of the Tamil Malays, forms the crux of the tale.

The story written by P.A. Ranjith is a brilliant conjuring act, inviting the audience to consider the mafia entirely on its own terms, where Kabali emerges as a sympathetic and even admirable character. During the entire film, this lifelong professional criminal does nothing which we can really disapprove of.

Narrated in a non-linear manner, with episodic revelation, the screenplay follows no formulas, except that the action sequences are pigeonholed at regular intervals and the script is strewn with glaring cinematic liberties.

The narrative is generic and loops, often making the pace tedious. The action sequences too are regular, run-of-the mill and non-thrilling.

Rajinikanth essays the mature Kabali to perfection. In his inimitable style, he is every inch the intense, yet, amiable and protective Don of his tribe. His slower and rusted reflexes match his age, but not his on-screen age, which curbs his style. His typical “Rajnikanth” gimmicks are thus, few and far between. Also, his introductory shot which is usually momentous, in this film, lacks lustre.

Initially, the attractive Radhika Apte appears to be a misfit in her role, as Kabali’s wife – Roopa. But then as her character develops and with her fine histrionics, she camouflages the age difference and wins you over. She holds her stead against Rajinikanth and their on-screen bond is palpable.

Dhansika as Kabali’s daughter Yogi, is pleasant. She adds a faint element of glamour to the action sequences.

Adding flavour to the cast is the actor from Taiwan – Winston Chao, who as Tony Lee – the drug lord of “the gang 43” (named after a street in Malaysia), is pretty impressive.

The rest of the cast, have taken pains to portray their roles naturally and effectively.

Visually, the film has some brilliant aerial shots. Cinematographer G Murali’s lensing is flawless and so is Praveen K.L’s editing. Unfortunately, the Hindi dubbing does not sync with the visuals, which mars the viewing experience.

The songs integrate well into the narrative. With a booming voice and adrenaline boosting music, the song “Aag hun mein, Kabali”, used as the backdrop score in the climax sequence, definitely gives an elevating experience.

Overall, “Kabali” does not have a superhero appeal and thus disappoints.