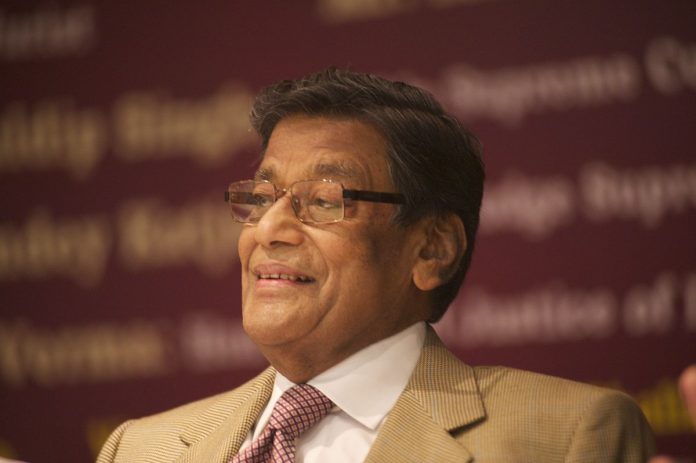 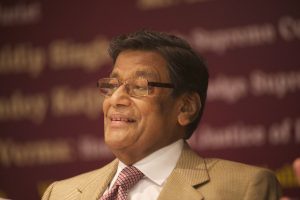 New Delhi: Senior Supreme Court lawyer K.K. Venugopal, an eminent constitutional lawyer who has five decades of practice in the apex court, was on Friday appointed the new Attorney General of India.

President Pranab Mukherjee signed the order of his appointment on Friday within 20 days of the resignation of Mukul Rohatgi, who was given an extension of tenure but declined it.

Venugopal, 86, is a veteran constitutional expert who was once an Additional Solicitor General appointed during the Morarji Desai regime after the Emergency.

Kottayan Katankot Venugopal is the son of a well-known barrister the late M.K. Nambiyar, who was a doyen of the Madras bar and who had practiced in the Supreme Court too.

Venugopal, who started appearing in the Supreme Court in the early 60s while based in Madras, was designated as a senior advocate by the apex court in 1972. Five years later, after the end of Emergency, he was appointed an Additional Solicitor General that necessitated his shift to Delhi.

Venugopal, who has often been called to be the amicus curiae to the Supreme Court for handling difficult cases, brings to the Attorney General’s office the experience of 50 years’ practice in the Supreme Court.

Apart from being involved in many important cases before constitutional benches of the apex court, Venugopal acted as amicus curiae in the infamous 2G spectrum scam case relating to irregular allotment of bandwidth to telecom operators during the tenure of the UPA-I government. He assisted the Supreme Court in monitoring investigations by the CBI and the Enforcement Directorate.

He had appeared for the Madhya Pradesh government opposing the challenge to the National Judicial Appointments Commission (NJAC) and L.K. Advani and other senior BJP leaders in the Babri Masjid demolition conspiracy case.

Venugopal had cautioned the top court against sentencing Justice C.S. Karnan to six months imprisonment for contempt. Appearing for the Madras High Court, he had tried to caution the bench that it would suffer the blemish of putting a sitting judge in prison.

Venugopal, one of the main advocates of judicial reforms in India, is against the creation of regional benches of the Supreme Court. Instead he favours Courts of Appeal to be established in four regions of the country to finally decide on appeals from High Court judgements in all cases, other than cases of national importance which affect the whole country, disputes between states and the Centre and substantial question of law relating to interpretation of the Constitution.

This, he feels, will relieve the burden on the Supreme Court.

His son Krishnan Venugopal is a senior lawyer in the Supreme Court.