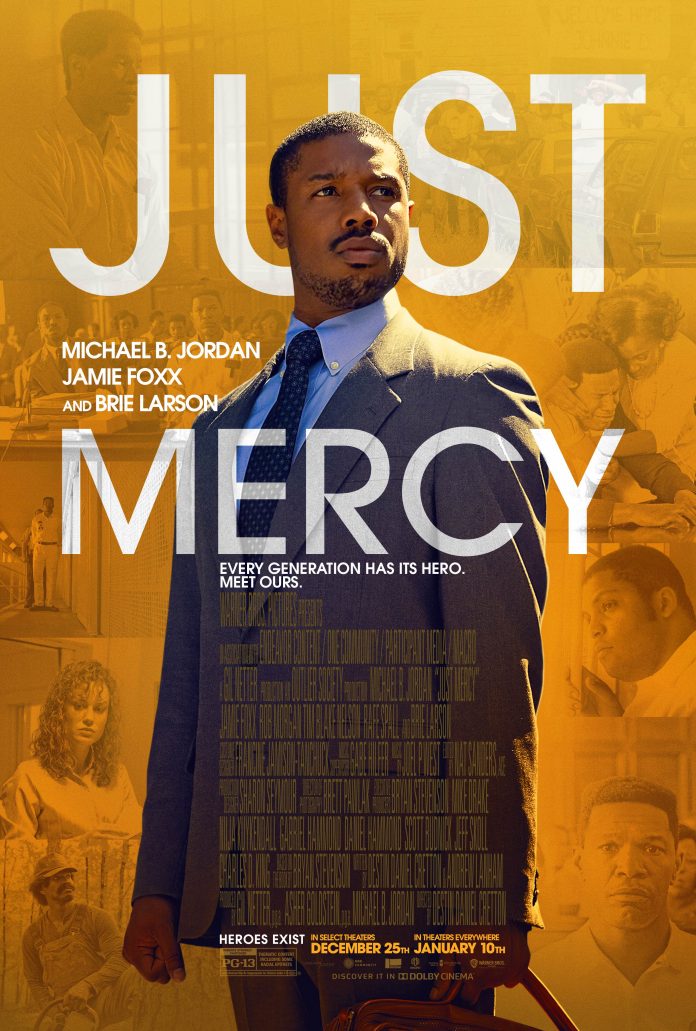 Sweet Home Alabama is a popular country pop song that even made its way into a mainstream movie by the same name a few years back with new American sweetheart Reese Witherspoon charming audiences,  Nothing “ sweet” comes out of Just Mercy, an explosive retelling of a rather infamous trial from Warner Brothers now resonating at Cineplex Cinemas and Landmark Theatres  across B.C.
Being black in the south in the 50s and 60s was no picnic for Afro Americans. Even today intolerance directed against minorities from all ethnic and religious backgrounds is a plague on American (and dare I say Canadian) society. Based on true events Just Mercy is the heart-wrenching tale of a poor black man who gets railroaded into a death row sentence by a corrupt police and judicial system that states in the South and especially Alabama were notorious for.
Lucky to have Bryan Stevenson, a newly minted if not naive hot shot Harvard trained lawyer In His quarter is Walter McMillan. Together Michael B. Jordan and Jaimie Foxx sizzle as two men on a mission to somehow get a blind jury and close-minded community to see a wrong committed at a time when blacks people were never given the benefit of the doubt. Instead those people were denied justice on all levels
Charged with killing a white girl McMillan has all but given up to get justice as he spends his days whittling away in jail. Whether a new lawyer can somehow break through all the prejudices swirling around this case is the stuff of naivety and dreams. You feel All the pain and suffering of a family put through a living hell and can only shake your head at the corruption staring them all down.
Despite being a touch long at 2h 17m Just Mercy is a true tale that is magnificently re-enacted and well worth seeing.