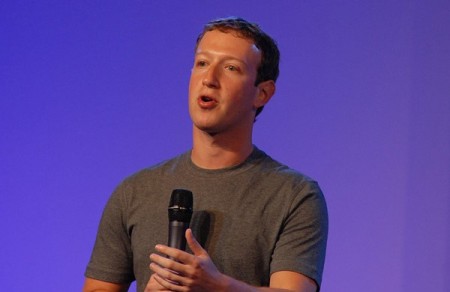 New York, July 1 (IANS) Is it possible for us to be able to directly share emotions, thoughts and sensory feedback with each other, just as we currently share text, photos, and videos through social networks? Facebook CEO Mark Zuckerberg believes it is possible.

In other words, if you just feel love or repulsion for a person at the other end, the person would know it without your texting it.

“You’ll be able to think of something and your friends will immediately be able to experience it too,” the Facebook CEO commented as part of a lengthy Q&A session hosted on the wall of his own Facebook profile.

In addition to telepathy, Zuckerberg addressed a wide range of topics during the session, including Facebook’s AI research efforts, the social network’s real name policy, and the inspiration for poking, reported The Verge.

The Q&A drew questions from famous faces too, with questions on scientific study and the importance of working out coming from Stephen Hawking and Arnold Schwarzenegger respectively.

“These systems need to understand the context of the images and videos,” Zuckerberg said, part of the company’s goal to build “AI systems that are better than humans at our primary senses: vision, listening, etc.”

In his reply to Arnold Schwarzenegger, he told the Terminator star that he worked out three times a week and liked to exercise with his dog because it was “like seeing a mop run”.

The only thing Zuckerberg didn’t reply in detail was why he had designed Facebook’s poke feature. “It seemed like a good idea at the time,” he said.

Publishing tycoon Arianna Huffington asked a question about the future of online news. Zuckerberg said he foresaw trends toward “richness and speed” from news outlets, making use of videos and new technology such as virtual reality.