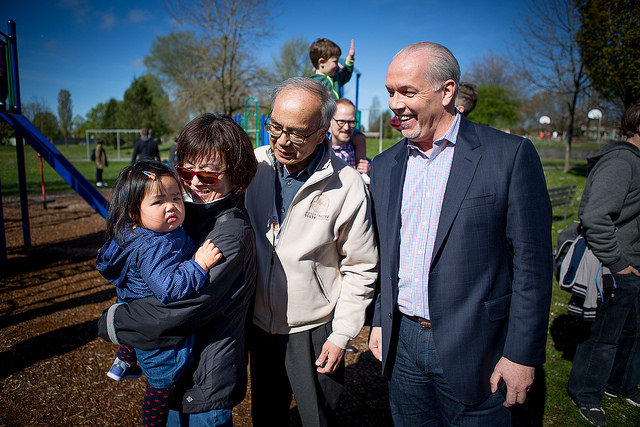 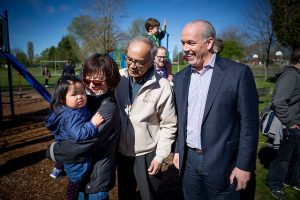 Vancouver: Parents who are struggling to pay some of the highest child care fees in the country under Christy Clark’s government will benefit from John Horgan’s commitment to $10 a day child care.

“After 16 years of neglect from Christy Clark, it’s time parents who need access to quality, affordable childcare had a government that works for them,” said BC NDP leader John Horgan. “Help is on the way with a BC NDP government.”

The BC Liberals have gutted, underfunded and ignored the crisis in affordable child care over the past 16 years. The median cost of infant and toddler care in Vancouver is $1,325, with some centres charging as much as $1,900 a month. Christy Clark has failed to invest in child care, choosing to ignore the affordability crisis instead of tackling it.

“A universal, affordable quality child care program will make life more affordable for people while making their lives easier, and give a boost to the economy with more parents able to participate in the workforce,” said Horgan.

Highlights of the BC NDP’s $10 a day child care program: