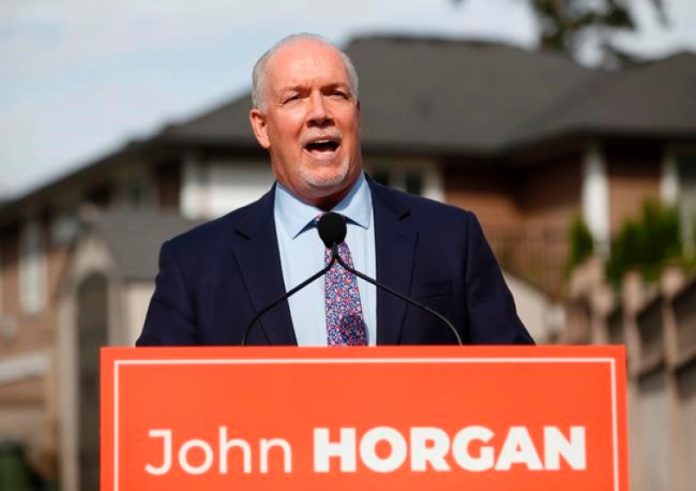 RICHMOND — While British Columbians waited longer for an MRI than anywhere else in Canada under the BC Liberals, John Horgan and the BC NDP cut wait times in half during their first term in government.

In addition to cutting wait times for people in Richmond, almost 25,000 more people got an MRI last year across the Fraser Health Region under Horgan – a 50 per cent increase from 2016/17 under the BC Liberals.

If re-elected, the BC NDP will keep moving BC forward with four new MRI machines to help people in the Lower Mainland get better care faster and closer to home.

“It’s never been more important for people in Richmond and across the province to access quality health care close to where they live,” said Horgan. “Now is not the time for Andrew Wilkinson’s plan to hand the wealthy and well-connected a big tax giveaway that would mean fewer resources for hospitals and longer wait times for people. We can’t afford that.”

Horgan and the BC NDP government took decisive action to help people with a new tower for the Richmond Hospital, moving forward with a plan to build a new state-of-the-art emergency department and intensive care unit.

When asked about Horgan’s plan to bring more services and better care for people in Richmond, star BC Liberal candidate Jas Johal refused to get behind the project, suggesting it wasn’t a priority over saving money.

“For a government to make announcements today and say they’re going to spend millions and millions of dollars in the future — that’s all fine and good, but the revenue at this point has just gone off a cliff.” (Jas Johal, Global News, July 2, 2020)

In addition, Andrew Wilkinson has doubled down on his commitment to cut taxes for people at the top, with a plan to cut $3 billion in taxes for wealthy speculators and BC’s biggest businesses that would put the BC NDP’s progress to reduce wait times and improve health care for people.