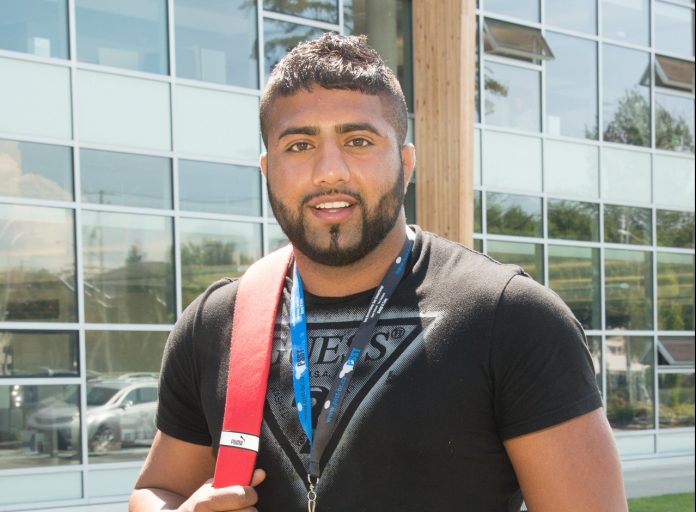 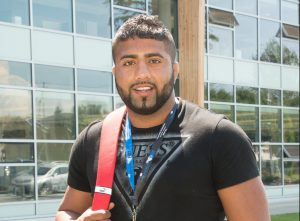 Last week we introduced Jesse Sahota who works to help young people who are in jeopardy of slipping into a negative and dangerous lifestyle. He’s very good at what he does because he’s been there and back. He’s intense and he’s passionate about what he does with the team at the Surrey School District, in the Wraparound (Wrap for short) Program. In this second report, he talks about how he does it, and how he handles the exceptional pressures of the mission he has taken on.

JS: Immediately upon graduation I started volunteering with the Wrap program and the sister programs, because Rob (Rai) has always been a mentor and I always go to him for advice and it was him that told me that he wanted me to help out with the programs, to give back to the programs that helped me out. I said, ‘no problem’.

AJ: When you started with the program, what were you doing?

JS: I was in a program called “Yobro” (Yobro Youth Initiative), so I would teach a lot of the kids wrestling, self defense, discipline and stuff like that, or I’d share my story sometimes, because it can be really reassuring for them to know that at one point I was in their spot exactly, maybe even worse. I think that when some of the kids hear that, it gives them a little bit of hope.

AJ: How do you bring that sort of thing out with the kids?

JS: The cool thing is that with my athletics I have a certain level of popularity in my Indo-Canadian community, so a lot of the kids and even the parents come out. I play Kabaddi, so a lot of the kids already know me, so when I come to some of these programs they come over and say hi, and make conversation. In that sense it’s always easy for me to connect with the kids.

AJ: It seems to be the case that if you can keep them busy physically, they don’t have time to get into trouble.

JS: Yes. The program I run right now, which has been very successful, is with the serious incident students. I pick them up at 8:30 in the morning, take them for a two hour workout, then they eat a healthy lunch, then they do two hours of Surrey Connect online schooling and by the time I drop them off they’ll be asleep in the car.

AJ: What’s your experience with kids sticking to the program?

JS: I think one of the most disheartening things is when I’ve seen the parents after they see their son or daughter fall off the rails once they’ve committed to a better life. It’s a negative part of my job seeing kids that I work with, and with whom I’m emotionally attached, fall off the program. But having said that, it could also be another wake up call that brings them even closer to me.

There was an individual that we’d devoted a lot of time and resources to, who had a personal crisis and fell off the program. He started going back in to the drug trade, not showing up to classes. He got back deep into the game, and I had to pull out for personal safety and school protocol. You can’t meet them half way if no one is going to show up right? But my phone began ringing not too long after with the message, “Hey I’m sorry I messed up and I want to work with you guys.” He’d messed up a couple of times and we had to let him go. A month later he realized we were out there to help him and he’d let it go, so he’s kicking himself right now. He’s a very stubborn person and not the one to let his guard down like that, so seeing that message from him is really something.

AJ: How do you deal with the emotional baggage that’s been downloaded on you?

JS: I nap a lot and I’ve been fortunate that through my athletic career I get to travel a lot, so almost every weekend I’m gone. Already I’ve had about twelve or thirteen trips, so that always seems to be a release, and if I’ve got something bothering me I can go to my main man, Rob Rai. There are also a couple of co-workers that I’ve become really good friends with, and sometimes we throw ideas back and forth. You can tell we’re passionate about our jobs when you see us at eight or nine o’clock at night in a Boston Pizza and all we’re talking about are kids.

JS: I was discussing some ideas with Rob and I asked why Abbotsford doesn’t have a program, or Burnaby or Vancouver? He said there was only one of him and that he could only run one program right now. Then I said “we need more Rob Rai’s, start building more Rob Rai’s.” His reply was “That’s what I’m doing with you guys” so hopefully we can start implementing this program in other communities. It needs the right people, lots of resources, a lot of money and lots of effort, but the statistics show the results are profound.

AJ: Is there an opportunity for others to get involved and help in the program?

JS: When I graduated in 2010, I didn’t have any links to the Wrap progam, but I approached Rob Rai and said I wanted to help out. So I think there are some volunteer opportunities. We have students from SFU, Vancouver College, BCIT and I believe Douglas College. It’s an awesome student intern program which has resulted in a number of them being hired.

Public Safety – Key to A Sustainable City – An...