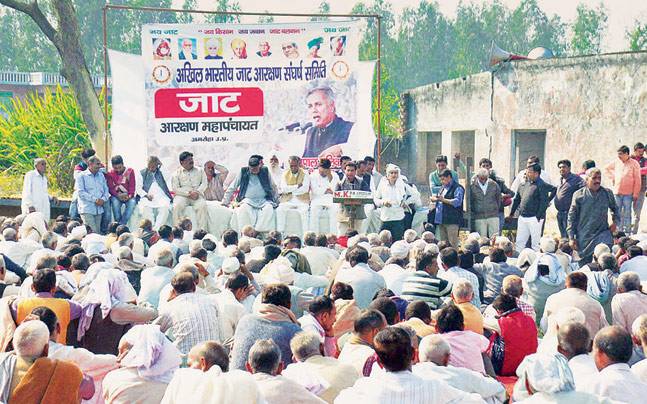 Chandigarh, March 14 (IANS) The Jat community in Haryana on Monday threatened to relaunch its agitation for reservation and in support of other demands if the state government and the Centre failed to accept their demands.

In a memorandum submitted to the prime minister and Haryana chief minister through deputy commissioners in various districts of Haryana, the All India Jat Aarakshan Sangharsh Samiti said the agitation for reservation would be relaunched if the central and state governments failed to accept their demands.

“We have submitted memorandums to the prime minister and the chief minister through the deputy commissioners. If no action is taken on our demand, the Jat community will be forced to start the agitation again,” Samiti general secretary B.S. Ahlawat said on Monday.

As many as 30 people were killed and over 200 injured in the nine-day Jat agitation for reservation.

A leading trade and industry body pegged the losses in Haryana due to the agitation at around Rs.20,000 crore.

Rohtak bore the brunt of the Jat violence with hundreds of shops and other establishments, government and private buildings and educational institutions and private hospitals being set on fire. Shops were looted by hooligans.

The Jat community was demanding reservation in government jobs and educational institutions.