London:  The inaugural edition of the Indian Cricket Heroes, held at the home of Cricket – Lord’s Cricket Ground in London.

The debuting annual event recognised the very best of Indian professional cricket in a ceremony to reward, reflect and rejoice the heroes of the game across nine categories including Emerging Cricketer of the Year Male & Female; Best Performance in India’s Premier T20 Tournament 2019; Cricketer of the Year; and a special Heroes Tribute.

This year’s event crowned the greatest performers in Indian cricket in the last 12 months across nine categories, with a special Heroes Tribute: 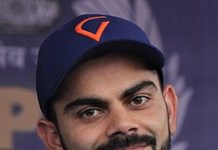