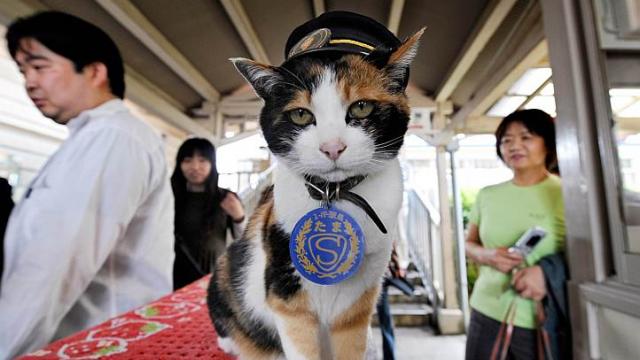 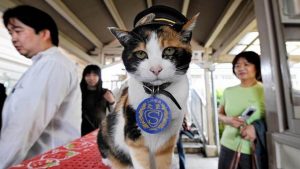 Tokyo, June 25 (IANS/EFE) “Tama”, the cat who was named railway station master in western Japan and became an important tourist attraction in the region, died due to heart failure, Wakayama Electric Railway said on Thursday.

Tama, 16, recently suffered from rhinitis and died on Monday, the rail company said.

The company, which runs the Kishigawa line in Wakayama prefecture, decided to appoint the cat as the station master of Kishi station in January 2007.

Since then, the cat was adorned with the company uniform, which immediately brought results.

In less than a decade, the rail line, situated in one of the least-populated rural regions of the country, saw a 20 percent increase in passenger traffic.

Domestic and international tourists began to flock to Kinokawa, where the station is located, causing parking problems in the locality.

Tama’s unusual success led the company to put its name on one of its three trains on the line and to even name the feline as the honorary president in 2013.

Tama was a “tourism superstar extremely popular in and out of Japan who contributed greatly to promoting tourism in our prefecture,” Wakayama Governor Yoshinobu Nisaka said in a statement.

Wakayama Electric Railway will hold a funeral in honour of the cat in Kishi station on June 28.