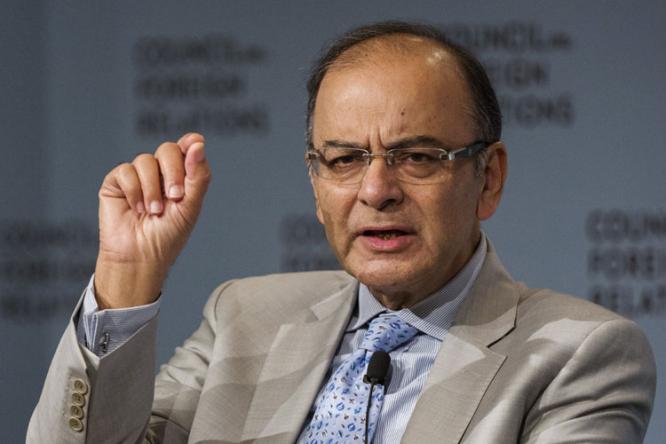 San Francisco, June 24 (IANS) Urging US investors to invest in India without delay, Indian Finance Minister Arun Jaitley on Wednesday said his government’s lack of majority in the upper house of parliament does not lead to indefinite delays in legislation like that for reforming the indirect tax regime.

“The lack of majority in the Rajya Sabha does not lead to indefinite delays and, in fact, there are no precedents of permanent hold up,” Jaitley told investors at a roundtable here organized by the Confederation of Indian Industry (CII) and Kotak.

According to the CII, the event featured some of the biggest funds in the US including Calpers, Townsend Group, Regents of the University of California, Hall Capital Partners, Stanford Management Company, J Paul Grey Trust, Dodge & Cox, Franklin Templeton, Standard Pacific and Think Investments.

The collective value of the assets under the management of the investors at the event is upwards of $1 trillion, CII said.

The bill for a goods and services tax (GST), which the government wants to implement by April 1, 2016, was sent last month to a select committee of the Rajya Sabha, which will table its report in the upper house on the last day of the first week of next parliament session.

The GST is seen as the key to facilitating industrial growth and improving the country’s business climate. By subsuming most indirect taxes levied by the central and state governments such as excise duty, service tax, VAT and sales tax, the new regime proposes to facilitate a common market across the country, leading to economies of scale and reducing inflation through an efficient supply chain.

The passage of the bill to become a law is a lengthy process.

Being a constitution amendment bill, which was passed by the Lok Sabha, it needs to be passed by the Rajya Sabha with a two-thirds majority and then ratified by at least 15 state legislatures before being sent for the president’s assent.

Meanwhile, at a “diaspora interaction” organised by CII near here on Tuesday, Jaitley said the Indian diaspora in Silicon Valley are the best brand ambassadors of India’s transformation on the world stage.