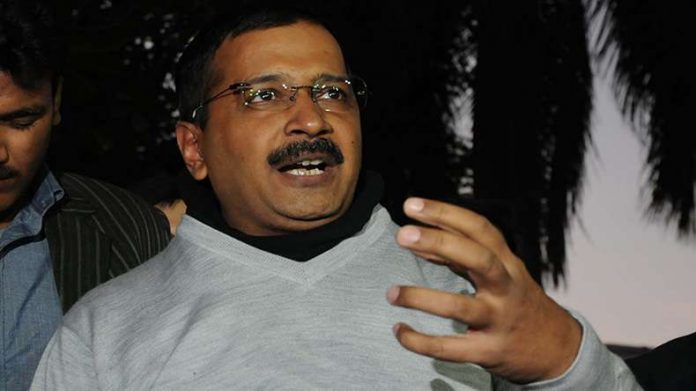 New Delhi, Dec 15 (IANS) Delhi Chief Minister Arvind Kejriwal on Tuesday took a swipe at the Centre, saying the CBI search at the Delhi Secretariat was aimed at a file connected to union Finance Minister Arun Jaitley and his links with the Delhi and District Cricket Association (DDCA). Jaitley refused to comment on the issue beyond terming Kejriwal’s charge as “rubbish”.

The raid by the Central Bureau of Investigation at the Delhi government’s seat of power — specifically the third floor where both the offices of the principal secretary to the chief minister and Kejriwal himself are located — rocked political parties both inside and outside parliament during the day.

The Congress targeted the Centre over the raid, but also attacked Kejriwal for his “double standards”.

Kejriwal said the CBI team was looking for a report of the inquiry commission that had probed, on his instructions, the affairs of the DDCA which he alleged was a den of corruption.

“Jaitley had been involved for a long time with the DDCA,” he said.

“They wanted the file of DDCA… Jaitley figures in it. They came looking for that file,” he told reporters outside the residence of Deputy Chief Minister Manish Sisodia where AAP leaders held a meeting.

Reacting to Kejriwal’s statement, Jaitley said on Tuesday evening: “His (Kejriwal) morning statement appeared to be prima facie incorrect. But the evening one seems to be absolute rubbish. And I don’t think I need to respond to rubbish.”

Earlier on Tuesday, Jaitley said the CBI raid was not against Kejriwal, but against an official who was attached to his office.

“The raids have nothing to do with Arvind Kejriwal’s office or his tenure as chief minister. They relate to a period much before he became chief minister.

“Now if these facts can be twisted and an incorrect argument is developed, let others outside do it because every word said in this house has sanctity,” Jaitley said in parliament.

Kejriwal, however, stressed that the CBI searches were aimed at him and the allegations against his principal secretary Rajendra Kumar were just an excuse to hit at him.

“Rajendra is an excuse, Kejriwal is the target,” he said, referring to the principal secretary who the CBI alleged was involved in corruption.

The chief minister said the CBI was lying because its officers did search his office.

He said his office didn’t maintain files beyond 10-15 days.

“If they were looking for files of the 2007-14 period, what were they looking for in my office?”

He pointed out that Rajendra Kumar had held senior positions in the departments of education, IT and VAT.

He also wanted to know why ministers in the previous Congress government and other officers who also signed the supposedly corrupt contracts approved by Rajendra Kumar were not raided.

Responding to criticism that he erred by calling Modi “a coward and a psychopath”, Kejriwal said he may have used inappropriate language, but he would apologise only if Modi did so.

CBI officials swooped down on Kejriwal’s office over a 2002 corruption case, triggering a string of angry responses from the AAP leader who took office in February 2015.

The CBI later said it had seized Rs.2.4 lakh and documents related to three immovable properties from Rajendra Kumar’s official residence and that he was not cooperating in opening his email accounts.

Union Minister M. Venkaiah Naidu said Modi had nothing to do with the raids, which took place at 14 locations in Delhi and Uttar Pradesh.

The government’s argument had few takers in parliament, where the opposition parties created a storm.

The CPI-M said the raid was “highly condemnable” and “politically motivated”, while Tyagi described the raid as an act of cowardice.

The party also targeted Kejriwal and said there was “hypocrisy” in his conduct.

“Chickens are coming home to roost. Kejriwal would demand raids at the drop of hat,” Singhvi said.