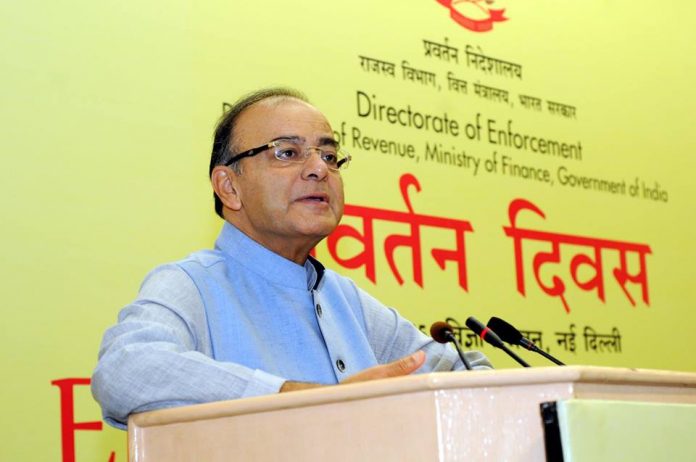 New York, June 18 (IANS) Finance Minister Arun Jaitley has assured foreign investors on their concerns about the speed of India’s reforms process, as well as about an adversarial tax regime.

“Concerns that the process of reforms must expedite, which we are trying to do. Concern at the stability of policy, which has been assured because the government’s movement is in one direction,” Jaitley told reporters here on Wednesday after a visit to the New York Stock Exchange.

“Investors are certainly looking forward at India in order to make large amount of investments in India,” he said.

The finance minister, accompanied by a high-powered business delegation, is on a 10-day visit to the US to foster bilateral ties.

Jaitley, who in his 2015-16 Budget, exempted foreign insitutional investors (FIIs) from paying minimum alternate tax (MAT) with effect from April, also said there are concerns about India’s taxation regime.

Even after his announcement on exempting FIIs from paying MAT on capital gains earned by them, the Income Tax department sent notice to at least 90 foreign portfolio investors.

With the uncertainty created by MAT, foreign investors sold Indian shares and bonds of around $630 million on May 6, marking the biggest single-day sale since January 2014.

“Almost by the day we are getting proposals both through the direct route and also through the Foreign Investment Promotion Board route,” he said.

As many as eight past presidents of the Federation of Indian Chambers of Commerce and Industry (Ficci) as well as current head Jyotsna Suri are part of Jaitley’s delegation.

Ficci and the US-India Business Council (USIBC) will facilitate meetings with CEOs, business leaders, investors, and representatives from the US industry and Indian-American community.

A business delegation comprising senior members from Confederation of Indian Industries (CII) will also be joining the finance minister.

The CII said in a release that among the various meetings being coordinated during the delegation’s visit, discussions are being organised with pension funds like CalPERS, CalSTRS, University of Stanford Endowment, University of California Endowment, San Francisco Employees Retirement Fund and others as well as investment companies like Capricorn Investment Group, Think Investments and others.

Canada has almost 20 per cent fewer doctors per capita than...