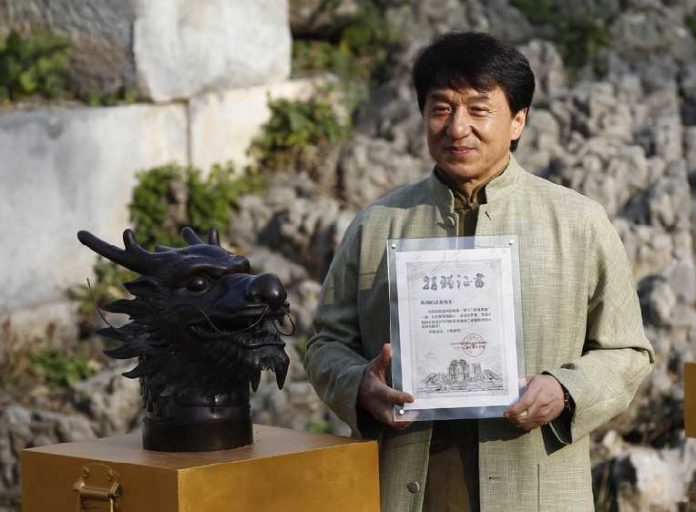 The museum filed a police complaint and will pursue legal action with the people involved in the act, Xinhua reported citing a museum press release.

The animal head sculptures were replicas of sculptures that formed the zodiac water clock at Yuanmingyuan in Beijing, the Old Summer Palace built by Emperor Qianlong (1736-1795).

The originals were looted from the royal garden by Anglo-French allied forces during the Second Opium War in 1860. Seven were retrieved but five remain missing.

The replica sculptures were placed in the garden of the Taipei Palace Museum’s branch in Chiayi in south Taiwan, which started its operations on Monday.

The suspects sprayed red paint on the horse head and dragon head and painted “cultural united front” in Chinese characters, a term referring to the mainland’s campaign for reuniting the island, the museum said.

The museum denied political reference of the donations, adding that the sculptures were included in the new museum building after careful consideration as they represent the universal value of honouring cultural relics and protecting cultural heritage.

Taipei’s Palace Museum was built in 1965 based on about 600,000 pieces shipped from the mainland when the Kuomintang fled to Taiwan in 1949 after its defeat in a civil war.

According to police, the suspects were a man and a female. They were taken for questioning.