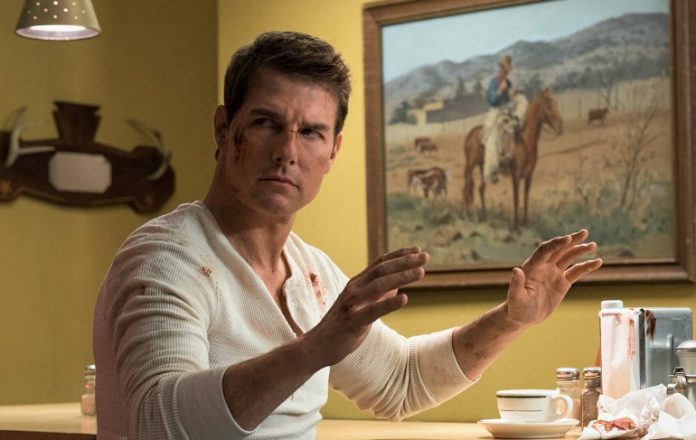 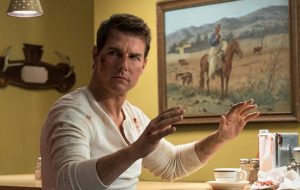 Stormy weather lies ahead when the military decide to go after the wrong guy in Jack Reacher: Never Go Back. Smart and slick this Paramount Pictures release is now zeroing on patrons at Cineplex Odeon theatres around B.C.

Don’t mess with the wrong guy.  A series of powerful well connected government insiders are up to no good in Washington in D.C. Somehow Jack area her gets wind of the nefarious plot when his former commander gets imprisoned on trumped up charges. Back for more frontier justice is Tom Cruise. This time Reacher tries to help free Vancouver born actress Cobie Smulders who perfectly plays the cold as ice military commander

Together the two face a barrage of assassins with one particular strong man a good rival for Cruise. Jack Reacher: Never Go Back is a slick well timed film vehicle quite ably directed by Ed Zwick. Relentless in their approach to continue the gravy train and keep the money flowing in this film is a good escapist escapade with Cruise definitely in his element,