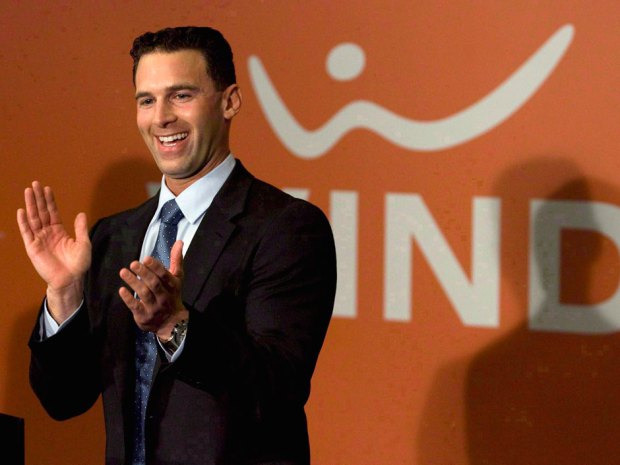 The Canadian Press
OTTAWA: A plan by an investment group led by Tony Lacavera to buy out Wind Mobile’s majority shareholder has won approval from Ottawa, as the company promised to grow its business across Canada.

“In making my determination, I concluded that this acquisition will contribute to a more robust and competitive wireless industry in Canada,” Moore said in a statement.

Wind Mobile said the deal has now received all the required regulatory approvals.

“This approval of our recently announced financing is great news for Canadian consumers. It puts Wind Mobile on solid footing to continue bringing Canadians a true, competitive choice in wireless,” Lacavera said in a statement.

The minister approved the deal, estimated to be about $300 million, on the condition Wind Mobile’s head office remained in Canada and a majority of the head office employees were Canadian.

The company will also remain incorporated under Canadian laws, provide Canadian-based suppliers with an opportunity to compete for its business, invest in wireless spectrum and grow its business across Canada.

Wind Mobile has some 750,000 wireless customers concentrated in populated areas of Ontario, Alberta and British Columbia and has said it hopes to become the fourth national carrier.

But while it hasn’t faced the same type of financial problems that pushed Mobilicity and Public Mobile into court-supervised protection, Wind holds just a small fraction of the market compared with the larger players _ Rogers Communications (TSX:RCI.B), BCE Inc. (TSX:BCE) and Telus (TSX:T).

“In the coming months and years Wind Mobile will continue our network and distribution rollout, and we’ll continue to improve our already market-leading value proposition,” Cordova said Tuesday.

The federal government has repeatedly expressed its desire to see a fourth national player compete with the larger companies.

Industry Canada has taken steps that have been favourable to Wind _ including capping how much the big three carriers can charge for traffic that use their national networks.

Rules set for the government’s auction early next year of the AWS-3 wireless spectrum will also set aside 60 per cent of the available capacity for companies that have emerged since 2008, such as Wind.

The spectrum up for sale will be able to carry high-speed Internet video over the airwaves and penetrate buildings, much like the 700 MHz frequencies that were auctioned off earlier this year for about $5.27 billion.

Wind Mobile was unable to bid in this year’s auction of prime 700 MHz spectrum because it couldn’t secure funding for the bidding.

City of Surrey selected as one of Canada’s Top Employers for...