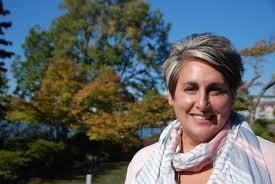 Victoria: The British Columbia government says it’s providing financial support to Indigenous communities that want their ancestral remains and cultural objects returned.
Countless Indigenous pieces of art, artifacts and human remains are held by museums around the world and many local communities and human rights experts have said they should be returned home.
Jodi Simkin, president of the BC Museums Association, said Europeans collected evidence of Indigenous culture even as they tried to erase it.
“There was sort of a colonial treasure hunt that began when Europeans arrived here,” said Simkin, who is also director of cultural affairs and heritage for the Klahoose First Nation.
“Policy was designed to eradicate and amalgamate First Nations Peoples into the larger community and there was a sense that if anthropologists and archeologists didn’t preserve those pieces and those ancestors for later study that the communities would just disappear because they would have been acculturated or assimilated,” she said.
The work going on today builds on generations of Indigenous leaders and their allies working to bring ancestors and cultural treasures home, she said.
The collections aren’t limited to Canada or to museums. Simkin is part of a repatriation working group with the Association on American Indian Affairs and said the organization estimates between one million and two million ancestors and related cultural patrimony are sitting in museum collections around the world.
“Why that number is significant is that it does not include what’s being held in private collections, so that number could be exponentially higher,” Simkin said.
The government is providing $500,000 to the BC Museums Association to provide a range of grants to support communities at various stages of the process.
It will help some of the 203 First Nations and 23 cultural centres in the province bring home more of their loved ones and belongings although there’s never really enough funding for such a large undertaking, she said.
The funding will support repatriation planning, building capacity to take on such projects and encouraging collaboration with cultural organizations.
Dan Smith, chairman of the museum association’s Indigenous advisory committee, said the funding allows museums, archives and Indigenous peoples new opportunities to work together toward decolonization and realizing the goals set out by the Truth and Reconciliation Commission and the United Nations Declaration on the Rights of Indigenous Peoples.
“True, meaningful and lasting reconciliation must include the return of Indigenous culture back to Indigenous communities,” Smith, who is a member of the Wei Wai Kum First Nation, said in a statement.
The government has previously provided $2 million over three years to the Royal BC Museum for repatriation activities, including a symposium, granting program and the creation of a repatriation handbook.
The Royal BC Museum in Victoria changed its policies last year to no longer collect or study ancestral remains.
The museum also announced that anything it acquired from Indigenous Peoples during the anti-potlatch years, from 1885 to 1951, will be considered eligible for repatriation because it was obtained at a time of duress.
During those years, the federal government banned potlatch ceremonies, which were important social events where valuable gifts were given to show generosity and status over rivals.
During a repatriation seminar at the University of British Columbia in March, experts said repatriation is costly and the onus is mostly on communities to come up with the necessary funding.
Lou-ann Neel, a Kwakwaka’wakw artist and repatriation specialist at the Royal BC Museum, told the seminar it’s exciting to find art and cultural artifacts in museum collections but it’s also heartbreaking to know they’ve been withheld from generations.
Repatriation is crucial to healing and fostering a sense of identity, she said.