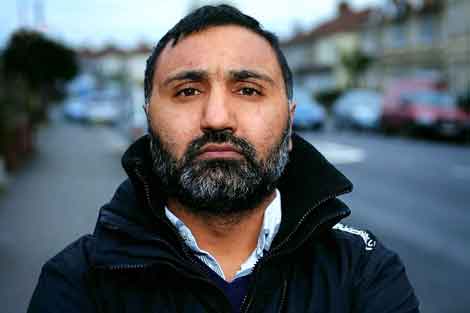 London, Oct 20 (IANS) An Indian-origin man in Britain was sacked for giving his wife a friendly peck on the cheek as she arrived at the office the couple worked in, a media report said.

Martin Singh, 37, said he had been working in the breakdown recovery company RAC with his wife, Ruby, for two months. But greeting his wife with a friendly kiss cost him his job as a customer service manager, the Bristol Post reported on Tuesday.

He said the act was deemed inappropriate behaviour. “I’m sitting at the desk and she comes in. I give her a peck on the cheek, so we’re both touching cheeks,” Singh was quoted as saying.

Singh claimed that his wife was told to move away from him. “I was like, that’s a bit heavy. I don’t like my wife being spoken to like that in front of others. Especially when we’re on the phone and customers can hear you.”

Singh said he was given a warning for “inappropriate behaviour” and was sacked later.

“I came out and said ‘I’ve been sacked for kissing my wife on the cheek!'”

“My wife’s response was absolute disgust and shock,” he added.

The couple from Kingswood in South Gloucestershire, England, has four children. Singh quit his job as a conference manager in London in order to spend more time with his family.

He said he was deemed “overqualified” to work in the position of a customer service manager at RAC. But he took up the position with the hope of moving up the ranks and supporting his wife, who had never worked before.

“Working together we were really happy — taking in packed lunches together, sitting together at lunchtime, car sharing,” Singh said.

The company said it was looking into the incident.