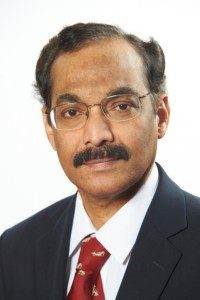 London: An Indian-origin British orthopaedic surgeon has been awarded the prestigious ‘Hunterian Professorship’ by the Royal College of Surgeons of England for his research on stem cells in articular cartilage repair.

Professor A.A. Shetty, who will deliver the the Hunterian Lecture in 2017 in Britain, has led some of the world class research in knee surgery.

“I am extremely happy and proud to receive this honour which validates efforts and capabilities of medical scientists and experts. This honour is not for me but for all orthopaedic surgeons of India who believe in compassion and making a difference,” Shetty said.

Shetty developed a novel gel-based stem cells therapy for regeneration of damaged cartilage that can be useful to treat patients with arthritis.

The treatment involved replacing damaged or defective cartilage by injecting the patient’s own stem cells into the damaged area.

Apart from his surgical innovations, Shetty is known as the first surgeon in the world to use robotics in arthroscopic knee surgery.

As the demand for knee replacement is expected to go up hugely in the coming years, the new gel-based stem cells therapy would cost only one-fourth of the amount for cartilage repair surgery, Shetty added.

The Hunterian Professorship, awarded annually, is named after the pioneering surgeon-scientist John Hunter, dating back over two centuries and continues to be highly regarded within the field of surgery.