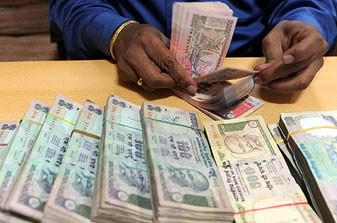 Washington, March 11 (IANS) India’s growth is set to rise to 7.2 percent in this fiscal with the economy reviving, helped by positive policy actions that have improved confidence and lower global oil prices, according to the IMF.

To continue on this trend, India needs to revitalise the investment cycle and accelerate structural reforms, says the International Monetary Fund (IMF) in its annual economic health check of the Indian economy.

“The Indian economy is the bright spot in the global landscape, becoming one of the fastest-growing big emerging market economies in the world,” it said in a report on what is technically called IMF executive board’s “Article IV consultations” with India on Feb 13.

“Growth numbers are now much higher and the current account deficit is comfortable, in part due to the fall in gold imports and lower oil prices,” said IMF Mission Chief for India Paul Cashin.

“New investment project announcements have started to pick up, particularly in the power and transport sectors.”

While the country is well placed to cope with external shocks, there are possible risks on the horizon, both external and domestic, the IMF said.

“Spillovers from weak global growth and global financial market volatility could be disruptive, including from any unexpected developments as the United States begins to raise its interest rates,” Cashin said.

On the domestic front, the weaknesses in corporate balance sheets, “especially in light of the increase in corporate leverage of the past few years” and worsening bank asset quality bear watching as they could weigh on growth, the report said.

Based on the revised GDP, the IMF forecasts growth will strengthen to 7.2 percent in 2014-15 and rise to 7.5 percent in 2015-16, driven by stronger investments following improvements to the business climate.

“The revised growth figures support our view that economic recovery in India is
underway, albeit pointing to a somewhat faster pace than we, and others, previously believed,” Cashin said.

“These GDP revisions portray a more resilient performance of the services and manufacturing sectors of the economy.”

But while public and private consumption look stronger, he added, investment activity continues to be held back by structural and supply-side constraints.

Inflation has fallen by half to around five percent after hovering around 10 percent for several years.

The report commended the Reserve Bank of India (RBI) for its steps to tighten monetary policy by raising interest rates during 2013-14, as well as the government’s efforts to contain food inflation.

The government has made strong efforts to put its public finances on a solid footing, with the fiscal deficit falling to 4.1 percent of the GDP in 2014-15, helped by lower oil prices, the report said.

By creating space for higher infrastructure spending, fiscal reforms can have a major impact on economic growth, it said.

Within the next 15 years, India will have the largest – and among the youngest – workforce in the world and will need to create jobs for the roughly 100 million young Indians who will enter the job market in the coming decade, the report said.

The Indian government’s efforts to improve the business climate has gained momentum, including with a Make in India” campaign to attract investment, says the report.

“Moving the economy forward in these directions will help India continue along the path toward a brighter economic picture of rapid economic growth and macroeconomic stability for many years to come,” Cashin said.