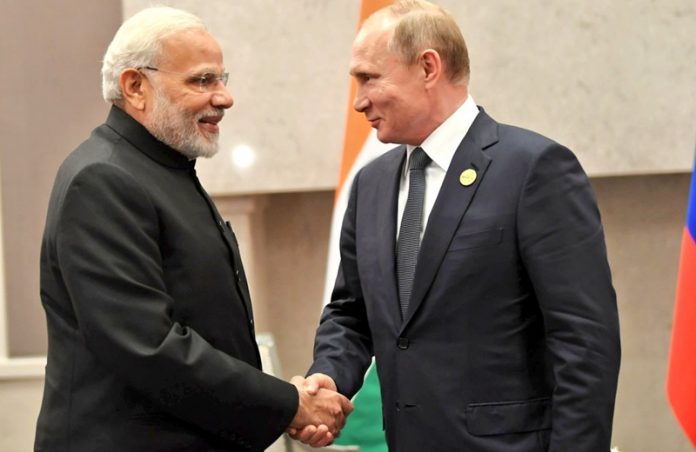 Moscow [Russia]: Russian President Vladimir Putin, in his New Year greeting messages to President Ram Nath Kovind and Prime Minister Narendra Modi,emphasised that Russia-India relations are developing in a constructive and dynamic manner. Referring to the October summit, which was held in New Delhi, Putin noted that the agreements reached between India and Russia will contribute to strengthening the privileged strategic partnership between the two countries.

He also expressed confidence that joint efforts will lead to further growth of mutually beneficial cooperation in various areas and greater coordination of efforts on key issues on the regional and global agenda within the UN, BRICS,
the SCO, the G20 and other multilateral bodies.

New Delhi and Moscow have been close allies and partners. Last week, they reiterated their support for Afghan-led and Afghan-owned inclusive peace and reconciliation process in the war-torn country. Earlier this month, Chief of the Russian State Duma (or Parliament), Vyacheslav Volodin, had also visited India. He met Prime Minister Narendra Modi and Vice President Venkaiah Naidu during the visit.