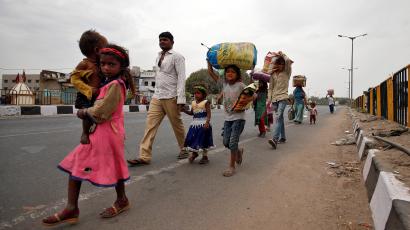 Most of the cases are concentrated in two neighbouring states in central India, Maharashtra, home to financial hub Mumbai, and Gujarat, Prime Minister Narendra Modi’s home state. An uptick in cases has also been reported in some of India’s poorest eastern states as migrant workers returning to native villages from India’s largest cities have begun arriving home on special trains.

India’s virus caseload has been climbing as lockdown restrictions have eased. Domestic flights resumed Monday after a two-month hiatus, though at a fraction of normal.