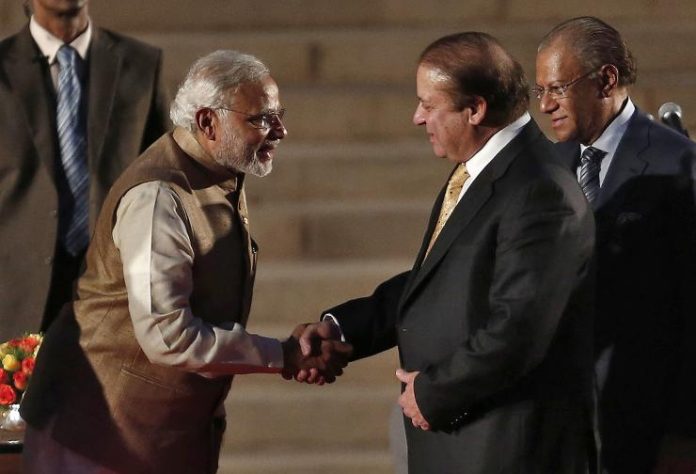 Both sides agreed to a comprehensive bilateral dialogue and directed the foreign secretaries to work out the modalities of the meetings, a joint statement issued after talks between Sushma Swaraj and the Pakistani prime minister’s Advisor on Foreign Affairs Sartaj Aziz here said.

Earlier on Wednesday, the Indian minister, who arrived here on Tuesday to attend the Heart of Asia Conference, told the media here that Modi would visit Pakistan next year to participate in the South Asian Association for Regional Cooperation (Saarc) summit. Under the rotational chairmanship policy of Saarc, Pakistan will chair the grouping next year.

This will be the first prime ministerial visit from India to Pakistan since Atal Bihari Vajpayee visited the South Asian neighbour in January 2004 to attend that year’s Saarc summit.

Sushma Swaraj said she would accompany Modi during his visit, Geo TV reported.

“They noted the successful talks on terrorism and security-related issues in Bangkok (on December 6) between the two NSAs (national security advisors) and decided that the NSAs will continue to address all issues connected to terrorism,” it stated.

According to the statement, Pakistan assured India that all steps are being taken to expedite the early conclusion of the 26/11 Mumbai terror attacks trial.

“Both sides, accordingly, agreed to a comprehensive bilateral dialogue and directed the the foreign secretaries to work out the modalities and schedule of the meetings under the dialogue, including peace and security, CBMs (confidence buildins measures), Jammu and Kashmir, Siachen, Sir Creek, Wullar Barrage/Tulbul Navigation Project, economic and commercial cooperation, counter-terrorism, narcotics control, humanitarian issues, people-to-people exchanges and religious tourism,” the statement said.

Prior to her talks with Aziz, Sushma Swaraj also called on Pakistani Prime Minister Nawaz Sharif on the sidelines of the multilateral conference.

Ahead of the meeting with Sharif, Sushma Swaraj extended India’s hand of friendship to Pakistan at the Heart of Asia Conference.

“It is time that we display the maturity and self-confidence to do business with each other and strengthen regional trade and cooperation,” she said in her address at the conference.

“For its part, India is prepared to move our cooperation at a pace which Pakistan is comfortable with,” she added.

The Heart of Asia Conference engages “heart of Asia” countries in sincere and result-oriented cooperation for a peaceful and stable Afghanistan.

Sushma Swaraj said that the multilateral conference provided “an important platform for friends of Afghanistan from its immediate and extended neighbourhood to promote political consultations and regional cooperation for a united, democratic, independent, strong and prosperous Afghanistan”.

“My presence here underlines India’s strong commitment to that cause,” she stated.

She also called for full and direct overland access by Afghanistan to India’s markets to enable it to take advantage of the zero duty regime available to its exports to India.

On Wednesday, Sushma Swaraj held a meeting with Afghan President Ashraf Ghani on the margins of the conference, during which the two leaders discussed the terror threat in Afghanistan.

She also held bilateral meetings with her Kygyzstani and Iranian counterparts Erlan Abdyldaev and Javad Zarif respectively too.

She also attended a lunch hosted by Sharif for the Heart of Asia Conference delegates.

Sushma Swaraj’s engagements with the Pakistani leadership came after a successful meeting between NSAs Ajit Doval of India and Naseer Khan Janjua of Pakistan in Bangkok on December 6 which was also attended by Foreign Secretaries S.Jaishanker and Aizaz Ahmad Chaudhry.

A joint statement issued after that meeting said that the discussions covered peace and security, terrorism, Jammu and Kashmir, and other issues including tranquility along the LoC (Line of Control).

“It was agreed to carry forward the constructive engagement,” said the December 6 statement.

The NSA-level meeting was held after Modi and Sharif had an impromptu meeting on the sidelines of the Conference of Parties (CoP) climate summit in Paris on November 30.