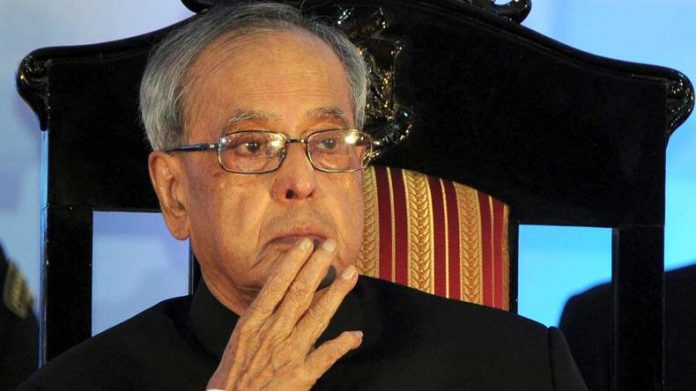 Hyderabad: President Pranab MukherjeeAon Friday said India was on the cusp of a leap towards a higher economic growth trajectory.

Addressing the centenary celebrations of the Federation of Telangana and Andhra Pradesh Chambers of Commerce and Industry (FTAPCCI), he said a decade after the 2008 global economic crisis, major economies of the world were still limping but, the Indian economy was growing fast.

He highlighted the fact that the nation’s growth rate in the last decade and half had not only been high but the country was also shielded from the worst effects of the global economic crisis of 2008.

The President also called upon the corporate sector to take pro-active part in the various programmes initiated by the government such as Digital India, Clean India, Make in India, Start and up India.

He expressed the hope that these programmes would help the country continue to progress in the growth trajectory of the past 15 years.

Mukherjee told businessmen that if all work hard and collectively, “we can ensure a rightful place for our country in the comity of nations”.

The President at the same time stressed the need to address problems of basic human requirements that include health, education, employment and food to realise India’s demographic advantage.

Underlining that political freedom achieved after the overthrow of colonial forces was an opportunity to achieve social and economic freedom for the masses in India, he pointed out that during the last three consecutive years the annual income of India exceeded that of Britain. Indian investments were also the highest in Britain and provided the largest employment there.