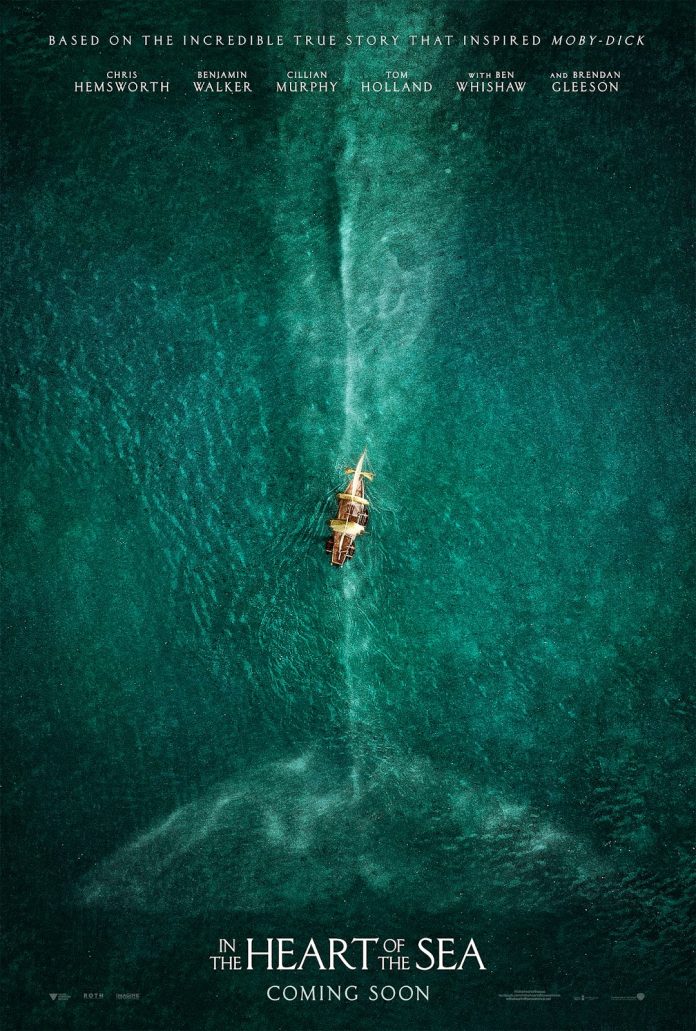 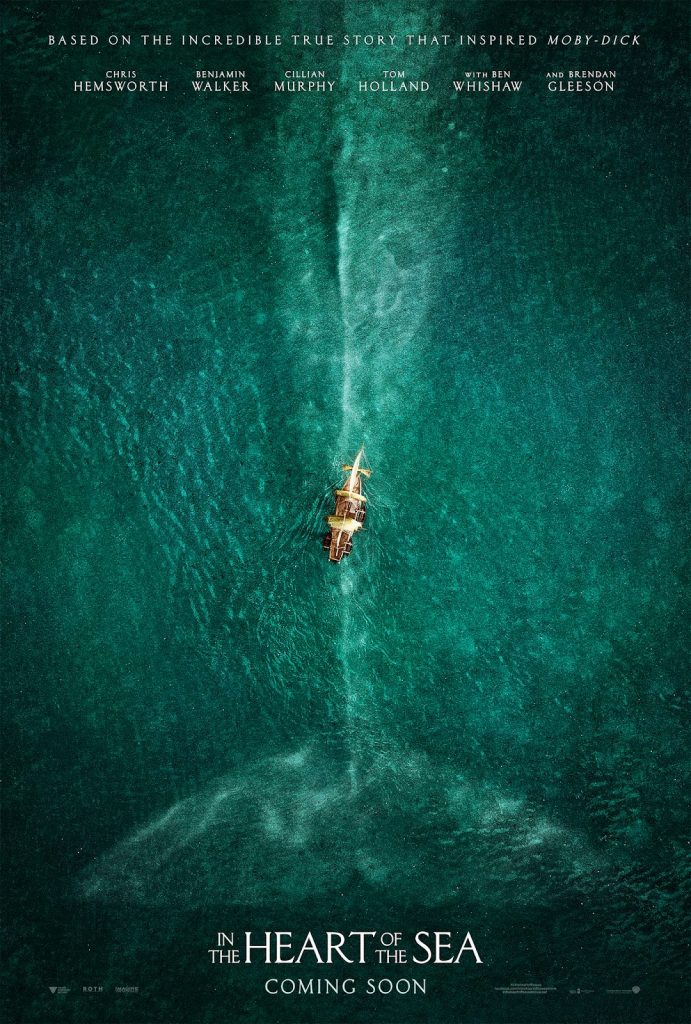 Nostalgia reigns supreme by way of classy director Ron Howard whose In The Heart of The Sea will get folks asking what if?  Based on a true story this big budgeted Warner Brothers release will appeal to those seafarers who like a bit of history served up with their film fare. Check out this intriguing tale of mortal men tangling with a fabled monster at Cineplex Odeon Theatres around B.C.

Readers throughout the world know what author Herman Melville is famous for. This man wrote one of the all-time great novels, Moby Dick, and here British actor Ben Wishaw brings this literary giant to life. Tod in a smart flashback style Melville travels to the source to interview a man who was there when the big one got away. Survivors are few and far between and Brendan Gleeson does a grand job telling a grand tale of a ship of brave men who set out to capture some whales and met a creature of u paralleled proportions in the bargain.

Off we go to Nantucket and early in see the seeds of controversy that weighted down the voyage of The Essex. In charge of the whaling vessel is pompous as they come silver-spooned Captan Benjamin Walker while first mate Owen Chase does his best to keep the ship running steady and preventing a mutiny in the making. Both Benjamin Walker and Chris Hemsworth (Thor) have lots of time to flex their teeth and muscles as two men who really don’t like one another. Against this backdrop the pair must also tangling with a whale or two including one particularly pesky intruder.

Made in 3-D with some effects that really work this two-hour escape yarns gets top marks for atmosphere and a good score for onboard tension. Grounded in reality In The Heart of Darkness has enough suspense, intrigue and good acting to make it recommendable despite being a touch long especially after the big encounter.