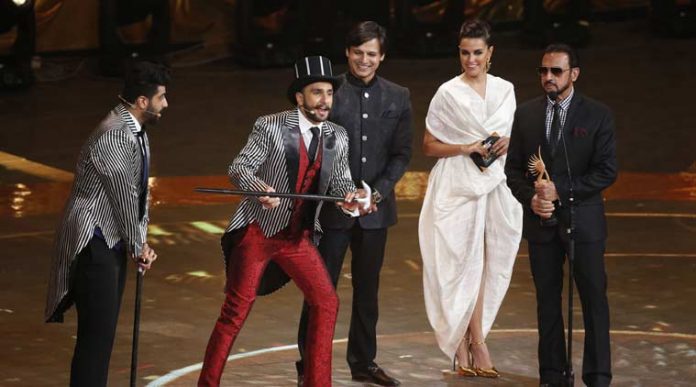 Kuala Lumpur, June 8 (IANS) It was high on star power, Bollywood business and interactive sessions with global fans. The 16th edition of International Indian Film Academy (IIFA) Weekend and Awards, which concluded on Sunday after three days of entertainment and fun, saw a galaxy of stars regaling their umpteen fans in the Malaysian capital.

With names like Hrithik Roshan, Anil Kapoor, Ranveer Singh and Priyanka Chopra in attendance, the gala attracted many star-struck admirers from across the globe.

After travelling to locations like London, Dubai, Macau, Toronto, Singapore and Tampa Bay, the IIFA extravaganza came back to Malaysia for the second time for its 16th edition, and the organisers were not disappointed at all.

“The Putra Indoor Stadium (venue of the awards ceremony, which was held on Sunday) can accommodate over 8,000 people and all the tickets were sold out,” said Sarkari.

Established in 2000, the gala was held at Genting Highlands Resort, Malaysia, in 2002.

The edition was hailed by many Bollywood fans, who consider the three-day gala to be perfect platform to meet their idols.

“Indian cinema is getting popular day by day. The fans hardly get a chance to meet the stars and the stars also find it difficult to connect with their global fans like this. IIFA is the perfect platform to bring them close to each other,” he said.

The fans got a chance to catch Hrithik live in action at Pavilion mall, where he interacted with his fans and performed impromptu as well.

Before the special screening of the multi -starrer movie “Dil Dhadakne Do “, fans also got to shake hands, click selfies and take autographs from their favourite celebrities like the movie’s stars Priyanka, Anil, Farhan Akhtar and Anushka Sharma.

There was a business forum too where there were discussions on film tourism.

In its ‘sweet’ 16 edition, IIFA saw a string of stars, but unlike previous editions, any international names were missing from the list of star attendees.

“We invite Hollywood celebrities every year and they decide whether to come or not,” explained Sarkari.

Talking about how IIFA is “not just any awards show”, he added: “There are so many events that take place within three days.”

There was also a dose of fashion at the Fashion Extravaganza, hosted by actors Vivek Oberoi and Neha Dhupia. It saw quirky designs by Masaba Gupta, who presented a line inspired by the IIFA trophy.

Rocky S also grabbed attention of fashionistas with his evening wear and dresses. Gaurang Shah wowed the audience with his ethnic wear creations.

The party ended on a starry note with actors like Hrithik, Anushka, Priyanka Chopra, Parineeti, Shraddha Kapoor and Shahid Kapoor setting the stage on fire with their electrifying performances on the final day.

The hosts of main awards ceremony this year — the crackling duo of actors Ranveer Singh and Arjun Kapoor, who were in trouble for the controversial AIB Roast video earlier this year — made many roll with laughter with their strong punchlines.

All in all, the IIFA edition was as glitzy as it could get.

My son looks exactly like me: Tusshar Kapoor after becoming father