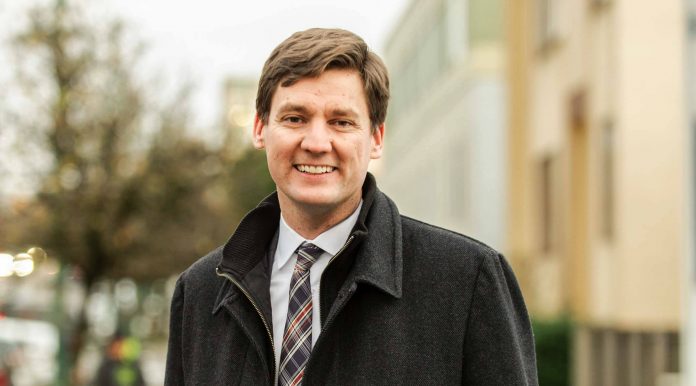 Profits that ICBC generates during the COVID-19 pandemic will be paid back directly to drivers as a rebate if a BC NDP government is re-elected, Vancouver-Point Grey candidate David Eby said today.

“Unlike the BC Liberals who raided ICBC of $1.2 billion to make their books look better, we have managed ICBC carefully, which allows us to send profits resulting from COVID back to drivers in a rebate cheque at the end of ICBC’s financial year,” said Eby who passed legislation to prevent governments from padding their budgets with ICBC revenues.
“This is a time when every dollar counts for BC families,” he added.

The ICBC COVID rebate will be paid at the same time as an average 20% rate reduction ($400) that drivers will see as a result of a shift to the new care-based system on May 1. This system is modelled on Saskatchewan and Manitoba’s systems that deliver some of the best benefits and lowest rates to drivers anywhere in North America.

In addition to raiding $1.2 billion from the public auto insurer, the BC Liberals secretly tore pages out of an independent report that provided an early warning of mounting problems at the crown corporation. Accounting tricks, including booking the sale of the corporate headquarters and the url “ICBC.com”, neither of which had been sold, helped conceal the state of the company before the 2017 election. As a result, ICBC faced billion dollar losses.

Reforms brought in by the BC NDP reversed these losses and allowed the first 0% rate increase in basic insurance in almost a decade this year. ICBC’s net income in the first quarter of 2020 was $311m.

“If Andrew Wilkinson is elected premier, he will roll back all of the work we have done to repair the damage the BC Liberals caused at ICBC,” Eby said. “Wilkinson will either bring in private insurance that will increase rates for countless British Columbians, allow legal costs to continue to drive rates to the highest in Canada, or take money out of ICBC that belongs to drivers to pay for his PST promise.”