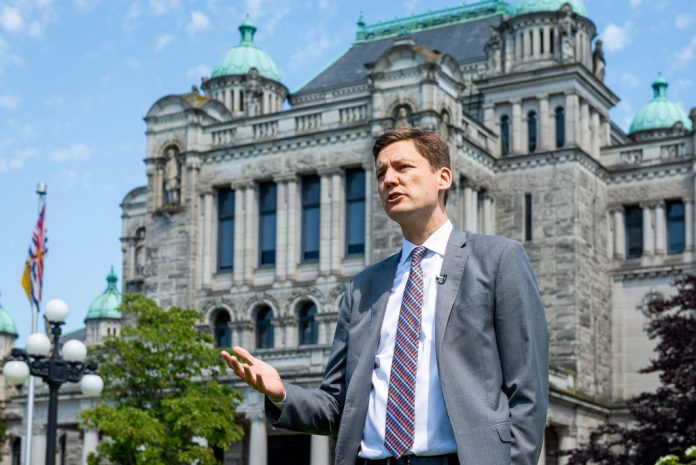 Victoria: “Until major reforms kick in on April 1 of this year, ICBC’s financial situation remains critical and is worsening. The corporation’s $860-million loss for the first nine months of the year is $273 million higher than expected. ICBC is currently on track to record a $1.18 billion loss for 2018-19, compounding the blow of last year’s $1.3-billion deficit,” said David Eby, Attorney General in response to ICBC’s third quarter results.

“Losses of this magnitude are unsustainable and unacceptable. They are especially frustrating given the opportunity British Columbia had to avoid these losses if the upcoming reforms had been implemented years ago when they were first recommended, instead of being buried by the previous government.

“A key reason for ICBC’s worsening financial crisis is the escalating costs of settling personal injury claims, which have increased 43% in the last five years. ICBC estimates these costs reached a staggering $3.67 billion in 2018 alone.

“This trend is being exacerbated by the current gaps in the system which allow, for example, the use of almost unlimited experts who prepare costly reports in litigation that lasts for years, all paid for by drivers. Over the past year, the increasing use of expert reports has contributed to inflating ICBC’s settlement costs by 20%. We will act to address this issue.

“Almost half of each litigated settlement is now being absorbed by legal expenses. This includes lawyers’ fees, estimated contingency fees, the costs of securing and paying for expert witnesses, and the costs of delay. The reforms that will come on April 1 will fix much of this broken system. However, until staff are hired and trained and new systems come online, we are stuck under the old system. It is also important to remember that crashes that happen before April 1 will continue to be handled under the old rules.

“While the escalation in the use of expert reports, the increases in settlement demand amounts and the ongoing delay of resolution of claims have serious impacts on the financial condition at ICBC, plaintiff lawyers are not at fault here. They are operating according to the rules of a system that has devolved over years of mismanagement by the previous government.

“To keep auto insurance affordable and make sure injured British Columbians get the appropriate care they need, we must bring this broken system under control.

“While the reforms coming April 1 are projected to save ICBC more than $1 billion per year, the corporation’s third quarter results make it clear we need to do even more – and do it fast.

“In the coming days, we will have more details on how the government intends to respond to escalating legal administration expenses. I am confident we can accelerate the improvement in ICBC’s financial situation, while striking the appropriate balance between reducing legal costs and preserving the ability of injured people to advocate for and obtain settlements that meet their needs.

“Although ICBC’s financial challenges are significant, there should also be no doubt that ICBC remains a valuable public asset that provides important benefits for British Columbians.

“While it is all too easy to just consider our own problems here in B.C., many of the significant challenges facing auto insurance in our province are also plaguing other jurisdictions in Canada. As noted by the Insurance Bureau of Canada, auto insurance systems across Canada are in crisis. Ontario, a fully privatized system, has the highest insurance rates in the country.

“Our government’s job is to deliver affordable, high-quality auto insurance to British Columbians, and we will do so.”