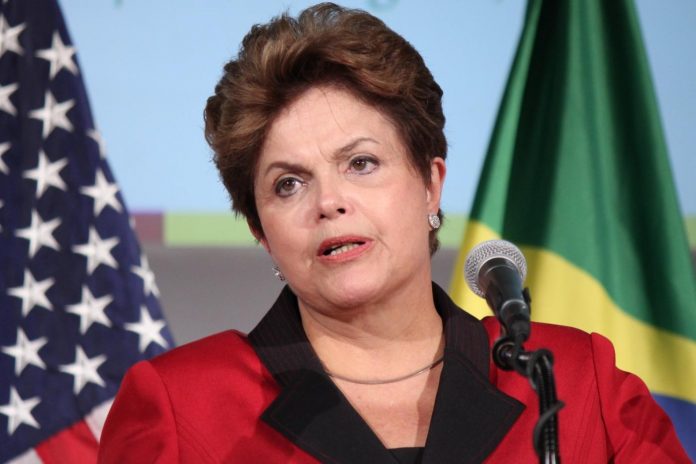 Rio De Janeiro, Aug 14 (IANS) Brazil’s President Dilma Rousseff has reaffirmed that she will not step down from the government, before a scheduled nationwide protest against her government on Sunday.

In an interview with local TV station SBT, the Brazilian president said she had never thought about resigning, despite the pressure from the opposition, which has repeatedly called for her impeachment, Xinhua news agency reported on Friday.

“Why did I never consider resigning? Because, it is not possible that someone intends to take down a president, elected by popular vote, just for disagreeing with some policies and processes,” she said.

“We must learn that democracy demands respect for the institutions, and this is essential, not only for me, but for all other presidents who come after me,” added Rousseff.

It was not the first time that the president has made such a statement — in fact, she appeared in another two events earlier on Wednesday — making similar speeches and stressing the importance of the matter at different occasions over the past weeks.

Rousseff held a cabinet meeting on Sunday in which she reportedly reaffirmed her intention to publicly counter the opposition’s efforts.

The president has been reiterating in the media the importance of respecting institutions and election results for the South American country to overcome its economic problems and to be respected abroad.

She also commented on the large protest against her government scheduled for Sunday. She said that such actions are a part of democracy, but the president condemned intolerance and violence.