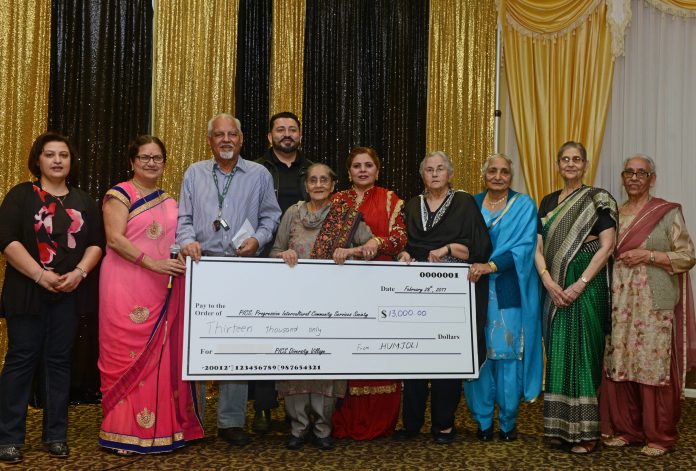 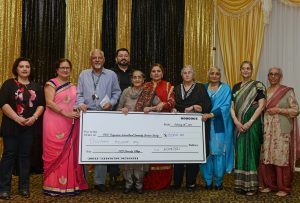 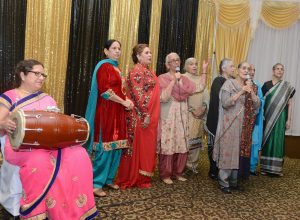 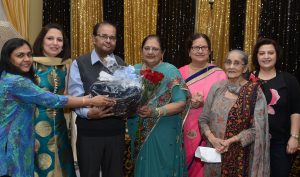 The purpose of the event besides emphasizing how important it is to spread love especially in today’s turbulent times was also to present a cheque to PICS, funds for which the group had previously raised at an event.

The group presented a cheque of $13,000 to PICS to be used for PICS Diversity Village, a culturally sensitive complex care home that PICS is planning to build in Cloverdale. The cheque was received by PICS CEO Mr. Charan Gill and President of PICS Board, Mr. Bobby Pawar.

Thanking Humjoli, PICS CEO Mr. Charan Gill said the gesture was extremely heart-warming. “For senior women, some who are in their 80s, to rally together in such a way and fundraise to improve the lives of seniors is unbelievable,” he said.

President of the Humjoli group, Saroj Sood, an 86 year old senior said that the group was formed to reduce social isolation amongst senior women in our community. “Humjoli is a group by the seniors, for the seniors. It is a platform for women to come together to share their stories and spend time and  participate in various activities – all with the goal of becoming emotionally and physically fit,” she said.

Humjoli group is coordinated by PICS Director of Aging and Health Services Sonia Chaudhry who said the group’s progress since inception has been incredible. “We started as a small group of about 20 women in 2015 and I am astounded by how quickly the numbers have grown to a whopping around 100 now.

Better at Home is a program funded by United Way through The Government of British Columbia and delivered by PICS in Vancouver South and Surrey-Whalley.

The emcee for the event was Suman Sharma.

Premier-designate Horgan gets to work by appointing leadership team