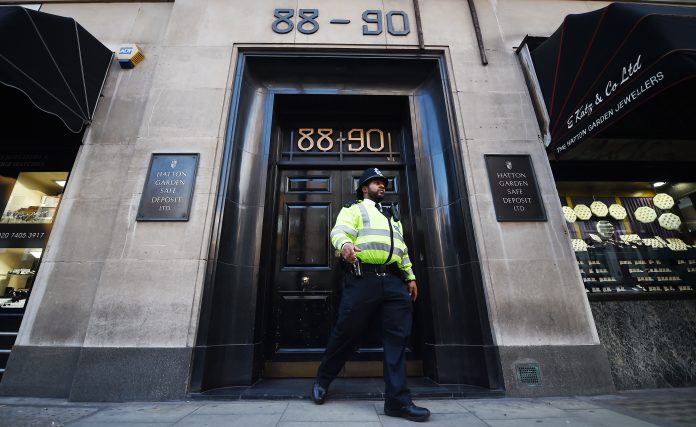 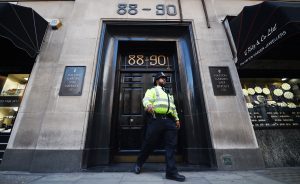 London, April 8 (IANS) As many as 70 safety deposit boxes in a vault in London’s jewellery quarter were burgled earlier this month, police said.

Burglars gained entry to Hatton Garden Safe Deposit over the Easter weekend, according to a BBC report on Wednesday. Scotland Yard was alerted on Tuesday.

Officers said the “slow and painstaking process” of forensic examination of the scene was under way.

Ex-Flying Squad chief Roy Ramm said that he “would not be surprised” if the jewellery stolen during the raid was worth as much as 200 million pounds (nearly $300 million).

The London Metropolitan Police, which has not yet commented on the worth of the stolen jewellery, said it was “photographing the scene and recovering exhibits in meticulous detail”.

It said the burglars used heavy equipment to break into a vault used mainly by jewellers and gold dealers.

“Officers are working closely with Hatton Garden Safe Deposit Ltd. to establish the identities of those affected,” a spokesman said.

“Police will be contacting victims directly as and when they are identified.”

Ramm told BBC Radio 4’s Today programme: “There’s a sort of old-fashioned audacity about it. The amount of money and the goods that are taken is never fully revealed… and there’s a good chance that not everybody would declare.”

Norman Bean, who had a diamond ring and bracelets stored at Hatton Garden Safe Deposit, said he was told the burglars accessed the vault through a lift shaft.

“They went down the lift shaft, made a big hole in the wall, got into the safe deposit and I think they drilled into the boxes.

“They could have been there all weekend, who knows? It’s a disgrace, it’s like something out of a film,” added Bean.

9 year old girl died after struck by bus at crosswalk...