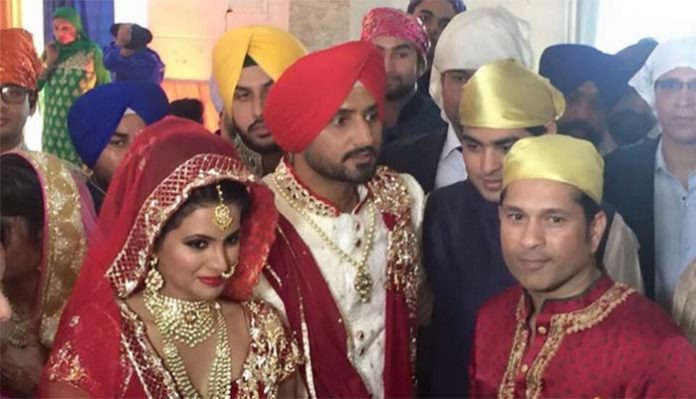 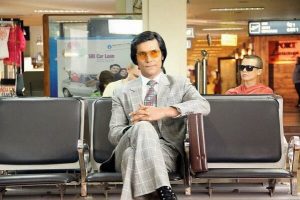 ‘ Proof Reader ‘ CHARLES SOBHRAJ was also known as SPLITTING KILLER & THE SERPENT for his skills of deception & evasion and yet, this ruthless charmer credited for at least 12 murders of western tourists in South East Asia during 70’s, is celebrated in France & many other countries and now , Prawal Raman is bringing his story  on celluloid this Friday through RANDEEP HOODA in MAIN AUR CHARLES ! Born as GURMUKH SOBHRAJ to a Vietnamese mother and Sindhi Indian father, he became CHARLES SOBHRAJ in Paris as his father never acknowledged him and later his mother married a French soldier. How Charles Sobhraj charmed his way through different girl friends and deceived western tourists in South East Asia and India, went on a killing spree with different accomplices , arrested and escaped from different prisons and finally was arrested in India from 1976-1997

is an incredible story and made him a celebrity in France and many other countries but the very same fame brought his demise as he was arrested in Kathmandu, Nepal in 2004 for another murder and he was imprisoned for life. I remember reading about Charles Sobhrah lavish prison life in Tihar jail, New Delhi during late 70’s and how he managed to arrange everything from prison and this probably explains that politicians , bureaucrats & police officials were always in awe of him and yes, many wrote books about him and bollywood & hollywood planned films about him but somehow, Charles eluded them until MAIN AUR CHARLES ! Randeep Hooda met Charles Sobhraj in prison many times and as per director Prawal Raman , the script was approved by Charles himself and that’s why there’s much more excitement about this biographical film about CHARLES SOBHRAJ. RICHHA CHADDHA, TISCA CHOPRA & ADIL HUSSAIN are the main cast with RANDEEP HOODA and the film has been shot in Thailand, Vietnam, France and many parts of India and it’s to be seen how the Indians will react to the biography of a con man as the only biographical films  they’ve enjoyed are GANDHI, SARDAR ( Sardar Patel ), NEHRU, BHAGAT SINGH ( Shaheed, The Legend of Bhagat Singh, Shaheed-E-Azam, etc.), JHANSI KI RANI, MANGAL PANDEY, BABA SAHEB AMBEDKAR & AKBAR. Whatever the outcome may be, CHARLES SOBHRAJ remains an enigma and the film will probably create more interest & curiosity for the ‘ SPLITTING KILLER ‘ , who terrorised & baffled the Indian police and still remains a person of interest while serving life imprisonment in NEPAL !

SHAANDAAR WAS NOT SO SHAANDAR AT THE BOX-OFFICE!!!

VIKAS BAHL made Kangana Ranaut the QUEEN after her incredible performance in his last film QUEEN and expectations were high that he’ll do something real SHAANDAR with the loved pairing of SHAHID KAPOOR & ALIYA BHATT in Karan Johar’s  SHAANDAAR, however, the film released on Dussehra day started falling right after and blasted by critics, SHAANDAAR has been declared a FLOP! Shahid & Aliya are stunned and so is Karan & Vikas and it seems the obituary has been written already with allotted screens opting for other films and the only guess now is that how BIG of a disaster is SHAANDAAR!Meanwhile, PYAR KA PUNCHANAMA 2 has been creating records of sorts as it’s now being said that it could turn out to be the biggest money spinner of 2015 and marching towards the coveted Rs.60 Crores at the box-office, which is almost 300% profit for the small budgeted film ! After censors refused the certification of OCTOBER 31st , this week will see GUDDU KI GUN with Kunaal Khemu , MAIN AUR CHARLES , 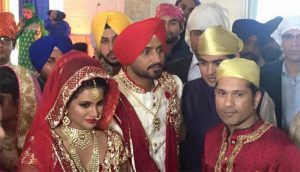 LOVE EXCHANGE with Om Puri , ONCE UPON A TIME IN BIHAR , PRITHIPAL SINGH… A STORY & Dibakar Bannerji’s TITLI and barring MAIN AUR CHARLES , not much is expected from the rest. Cricxketer HARBHAJAN SINGH married Bollywood starlet GEETA BA 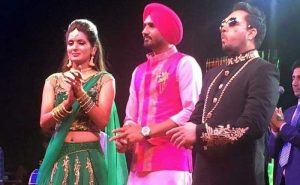 SRA in Jallandhar, Punjab and the ceremonies had many prominent cricketers & bollywood personalities like GURDAS MANN , MIKA SINGH , GURPREET GHUGGI
, SACHIN TENDULKAR , R.P.SINGH , PARTHIV PATEL , YUVRAJ SINGH and many more and it’s said that the New Delhi reception will see the likes of PM NARENDRA MODI, AMITABH BACHCHAN, SHAHRUKH KHAN and many more so stay tuned. Well folks , this is all for this week but don’t forget to watch the inspirations of KING MIKA SINGH in this week’s YAADEIN on Sunday, November 1st at 1 PM on SMC#116 and it’s good bye till next week !

Build and Live Your Personal Brand Reputation – By Eamonn Percy