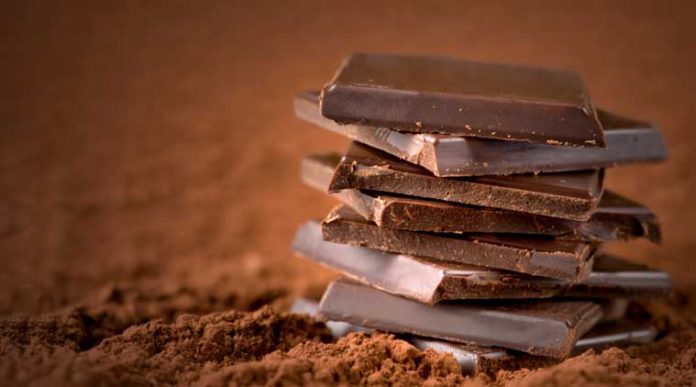 Most of us have heard that “dark chocolate” is good for us.  Unfortunately, the concept of “dark or bitter chocolate” was marketed well, but the marketing covered up a huge misunderstanding.

Chocolate contains over 1200 molecules, over 300 nutrients that are beneficial to us. And they are in significant amounts not just trace amounts. Further, the nutrients include all the Omega 3 fatty acids. These fats are required for a variety of functions in the body, i.e., the brain, anti-inflammatory mechanisms, transport mechanisms, etc. These are good fats and when left in the chocolate, they prevent the chocolate from having the bitter taste that most people associate with “dark chocolate”.

But when companies remove the great omega 3 fatty acids, the process also destroys upwards of 80% of the anti-oxidants that dark chocolate is marketed for!!

So, we have been duped again!

But wait, we have another option – Xocai chocolate.  Xocai developed a special patent, that protects all the nutrients in the seeds that make the chocolate…and it is so cool what this chocolate can do for our health…

The following is an exerpt from an article by Dr. Steve Warren from the Center for Flavonoid Research, identifying many of the benefits of Xocai chocolate. 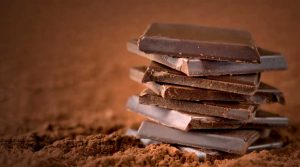 According to the “American Heart Association,” more than 910,000 Americans will die of heart disease this year (2009). More than 70,000,000 Americans live every day with some form of “heart disease” (high blood pressure, cardiovascular disease, stroke, angina (chest pain), heart attack or congenital heart defect).

What will help this epidemic above? Well cacao can stop the oxidation of the LDL-C cholesterol, resulting in reduced cardiovascular damage. Cocoa flavonoids can also increase the production of good cholesterol (HDL), which mops up the harmful fats from the blood vessels. Cocoa flavonoids discourage platelets from forming harmful clots and damaging heart muscle blood vessels. The flavonoids in cocoa help the blood vessels dilate more easily, allowing more blood flow to the heart, (nitric oxide (NO) activation). This same principal is applicable to insulin-stimulated blood sugar uptake, resulting in improved diabetic control.

An epidemic of Type 2 diabetes continues to sweep across the United States; an estimated 24,000,000 Americans struggle with the disease – up more than 3,000,000 people since only 2005. Lack of exercise and excessive weight are key contributors to Type 2 Diabetes. One simple solution is to pay more attention to what we put in our bodies. Fruits and vegetables are a rarity on fast food menus, yet they are rich sources of antioxidants – a key to maintaining a healthy body.

“With the health of a nation deteriorating, studies are showing that cacao contains interesting health benefits that could reverse the effects of a fast-paced lifestyle.”

Cocoa has been reexamined as a health food and a nutritious source of antioxidants, anti-inflammatories, vitamins and minerals. In 2008 alone, over 50 different studies were conducted on the health benefits of cocoa. There have even been human epidemiological studies and dietary trials with cocoa that have yielded interesting results.

Some of the results:

Decrease Blood Pressure: In several studies, dark chocolate has been shown to decrease blood pressure, which in turn decreases the damage to heart vessels. Cocoa is thought to be a renin-angiotension enzyme inhibitor, which is the same principle on which many blood pressure pills work (ACE inhibitors).

Diabetes: Dark chocolate improves the body’s ability to use insulin and stops the insulin-resistance condition that can lead to diabetes. Cocoa can increase nitric oxide levels to help with insulin-stimulated uptake of blood sugars. The increase in nitric oxide also improves the health of the blood vessels, limiting the damage of diabetes on the small vessels.

Repair Liver Damage: Cocoa has been found to help with liver damage, and can repair liver cells after long-term exposure to alcohol.

Increase Mental Performance: From the Performance and Nutrition Research Center at Northumbria University in England, Professor David Kennedy, director of Brain said, “For things that are difficult to do, mentally demanding thins that maybe crop up in your work, (consuming cocoa) would help.”

Cardiovascular Disease (CVD): The flavonoids and other compounds of cocoa have been clearly shown to reduce the risk of cardiovascular disease in humans. Many such studies have shown an improved endothelial (blood vessel) function, platelet function, insulin sensitivity, blood pressure, and decreases in chemicals causing inflammation in the body.

Weight Loss & Blood Pressure: The University of Utah study found that basically healthy patients experienced a decrease in systolic and diastolic blood pressure by 5mm within two weeks of a program eating unprocessed cacao (a product produced under the Xocai brand). These findings corroborated other studies, and delivered the same success you would find with weight loss, dieting, and even some blood pressure medications. It is widely accepted among medical professionals that even a small drop in blood pressure translates to a marked reduction in heart attacks, strokes, and other CVD diseases.

Protects the Heart Muscle: A group of researchers from the University of California, Davis found that flavonoids can protect myocardial (heart) tissues during damaging events. Conclusion: The epicatechins in cocoa can protect the heart muscles after a heart attack.

Increases Insulin Sensitivity: The University of Utah scientists found that unprocessed cocoa powder did improve the function of the pancreas, and lowered diabetic risk. Cocoa was found to be as effective in increasing insulin sensitivity as weight loss, exercise, medications and other dietary supplements.

Increase Brain Blood Flow: A 2008 study examined the effects of flavonoid-rich cocoa on the cerebral (brain) blood flow in healthy elderly humans. The study used 900mg of flavanols, and measured blood flow in the middle of the cerebral artery (one of the main arteries in the brain) after cocoa ingestion. As the researchers hypothesized, they found a significant increase in cerebral blood flow for those subjects ingesting the cocoa. They also noted that nitric oxide (NO), a critical regulator of brain perfusion, was more available. Conclusion: Ingeston of cocoa leads to an increase in cerebral blood flow up to four hours after ingestion. Increased brain blood flow can contribute to decreased risk of dementia, stroke, or other vascular cognitive impairment.

Slows the Effects of Parkinson’s: The antioxidant activity, anti-inflammatory activity and potent iron-chelating activity of cocoa provides a neuroprotective component. Information was found showing that cocoa can slow down nigrostriatal dopaminergic cell loss in Parkingon’s disease. The mechanism seems to be connected to mitogen-actived protein kinase signaling pathways that are involved in brain cell survival, regeneration and cell death. Conclusion: Cocoa can help slow the effects of Parkinson’s.

Reduce Risk of Chronic Diseases: A 2008 study performed in Italy examined the connection between inflammation and regular consumption of dark chocolate. The researchers concluded that cocoa’s capacity to decrease inflammation is what provides most of the health benefits to the body. It is the inhibition of inflammatory pathways that lead to the reduced risk of chronic diseases.

Decrease Inflammation: A Baltimore Group studied women who consumed approxiamtely 700mg of flavonoids each day. Similar to the Italian group above, these test subjects also experienenced a reduction in CRP, and a decrease in inflammation.

Reduction of Blood Clots: When the blood vessel wall is damaged, the body produces a chemical that causes platelets to aggregate. This action only serves to further damage the blood vessel. Cocoa flavnols have been very effective in inhibiting the chemicals that activate the platelets, reducing the formation of clots. This action is comparable to aspirin in the reduction of blood clots.

Slow Down the Aging Process: Medical professionals accept that oxidative stress and inflammation are major contributors to the behavioral and cognitive declines associated with aging. Cocoa flavanols, as discussed earlier, limit oxidative stress, and block inflammation, apparently helping imrove memory and slowing down the aging process.

Decrease Depression: A recent study found that the addition of high-flavanol cocoa extract given to rats in a forced swimming test indicated that cocoa decreased depression. We know that tryptophan from cocoa is broken down into serotonin and other compounds that fight depression and elevates mood.

Fight Off Infections: Studies have shown that cocoa flavanols improve the overall immune system. Studying rats, one group of researchers found that the cocoa-fed rats experienced an improved Th1 immune system (this system helps kill bacteria and helps cells fight off infections). Another related study found that cocoa intake improved intestinal immune response by increasing those antibodies that prevent bacteria from entering the body by fighting them in the guy.

A surprising number of issues of obesity, low energy, mood swings and other health problems can be traced to an improper diet. We can correct these problems by changing our dietary habits, and incorporating more flavanol-rich foods-acai berries, blueberries and unprocessed cocoa, in particular – into our daily routine.

Remember that to achieve these beneficial effects, unprocessed cocoa with low glycemic sweeteners and at least 1,000 total milligrams of flavonoids must be taken at least three times a day for maximum benefits.

What should you know about Neem oil?