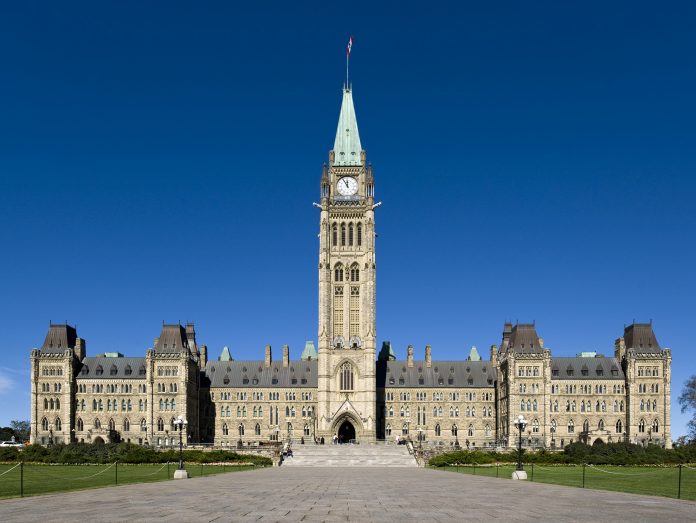 The House of Commons decided to shut down Friday for five weeks to help ensure MPs do not contribute to the spread of COVID-19.

All parties agreed to the measure, which means MPs will miss two sitting weeks, as they had previously planned to be away next week and two weeks in April.

The agreement among MPs hastened passage of the new trade deal among Canada, the United States and Mexico. The House unanimously passed a bill on the trade deal and a handful of others on spending measures. The Senate then quickly gave its approval to the bills.

Deputy Prime Minister Chrystia Freeland called passage of the trade bill a great example of all-party co-operation. “We work together as Team Canada, and that is also what we are doing in rising to meet the challenge posed by the coronavirus pandemic.”

However, the federal budget, slated for March 30, won’t be delivered that day. It’s postponed to a time yet to be chosen.

The House is scheduled to next meet Monday, April 20.

Government House leader Pablo Rodriguez says the Commons could come back sooner if an emergency requires a meeting.

Concerns about COVID-19 have prompted cancellation of many large gatherings and sporting events.

Conservative House leader Mark Strahl said the official Opposition would still work to hold the government to account during the unfolding health crisis.