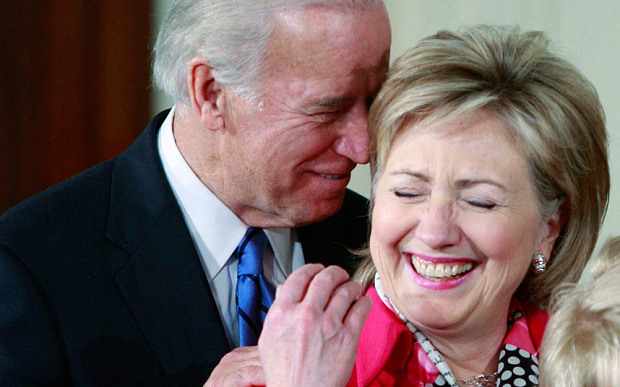 Washington, Sep 9 (IANS) US Vice President Joe Biden’s support is surging nationally as he nears a decision on whether he would launch his own presidency bid, a poll showed on Tuesday.

While former Secretary of State Hillary Clinton still leads the Democratic field by a large margin, snatching 42 percent of support, the poll by Monmouth University showed that Biden, who has yet to throw his hat into the ring, garners 22 percent of support, Xinhua reported.

The survey said compared with the poll number of last month, Clinton’s support rate has dropped 10 points, while Biden has gained 10 points.

Biden’s freshest flirtation with his own run for presidency first surfaced on Aug. 1 after a New York Times column claimed that Biden’s associates had already started to contact Democratic leaders and donors who have so far not endorsed Hillary Clinton or who have become increasingly concerned about odds of a successful run by the Clinton camp.

Despite speculation that a Biden run was approaching, the vice president spoke up his concerns last week in a rare move, saying the decision depends on whether he and his family have “the emotional energy to run.”

“The factor is, can I do it? Can my family undertake what is an arduous commitment that we’d be proud to undertake in ordinary circumstances?” Biden said at an event.

“The honest to God answer is I just don’t know,” he said.

Terrorists killed over 700 Iraqis in October