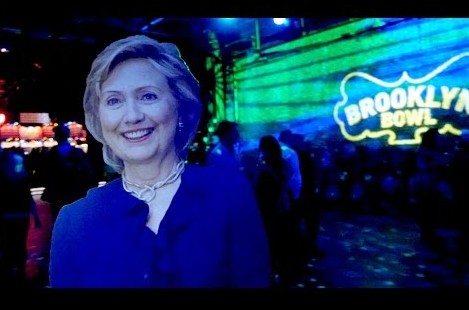 New York, April 4 (IANS/EFE) Former US secretary of state Hillary Clinton has chosen the New York borough of Brooklyn as the place to set up campaign headquarters for her 2016 run for president, the daily Politico reported on Friday.

According to the daily, which quotes people close to the campaign, the Clinton team has signed a contract to lease offices at 1 Pierrepont Plaza in the Brooklyn Heights neighbourhood.

Clinton’s campaign headquarters will occupy two floors of this office building in one of the Brooklyn areas best served for public transport. The investment brokerage Morgan Stanley has a branch office in the same building, while the US attorney for the Eastern District of New York is just across the street.

It is currently accepted as a fact that the former first lady of the US (1993-2001) will officially announce her candidacy for the 2016 presidential election in the coming weeks.

According to Politico, signing the contract is proof that Clinton will take that step very soon, since Federal Election Commission rules stipulate that no more than 15 days may pass between the first campaign activities and registering the candidacy with the authorities.

However, it is not yet known whether the signing was done under the name of the Clinton campaign or of another entity or individual.

The ex-secretary of state has lived several years in the New York suburb of Chappaqua, and the foundation she heads with her husband and daughter is based in the Big Apple neighbourhood of Harlem.

Brooklyn, the most populous borough of the five that make up New York City, has seen a major transformation in recent years, becoming for many one of the nation’s great symbols of modernity.