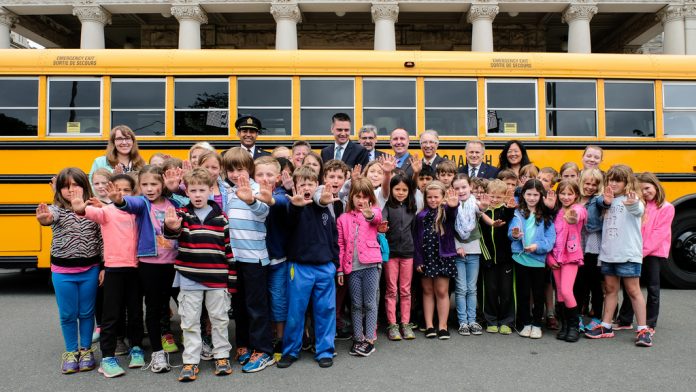 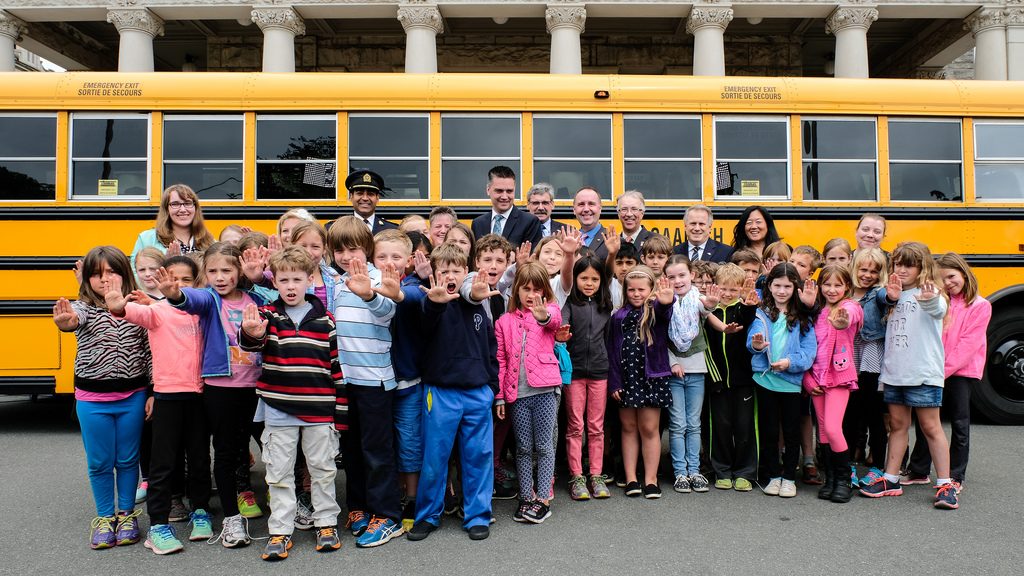 Fines for drivers passing school buses with flashing lights in British Columbia are more than doubling to $368, announced Minister of Transportation and Infrastructure, Todd Stone.

This follows a review of the penalties conducted in March 2016 that found the previous fine of $167 was one of the lowest in Canada and not enough to deter drivers. This increase in fine amount is designed to discourage drivers from ignoring flashing school bus lights. Drivers will continue to receive three penalty points on top of the increased fine.

“It is important that all motorists understand that passing a school bus with flashing lights is dangerous and puts children’s lives at risk,” said Stone. “I want to thank the many parents, school bus drivers and school trustees who have brought this issue to the public’s attention. It’s a result of their tireless advocacy that we have increased the fines to send a message that the safety of our children must come first when driving near school buses.”

In British Columbia, between 2009 and 2014, 1,100 violation tickets were issued by police for drivers that failed to stop for a school bus. To date, no child has died while getting on or off a school bus; but 14 children were injured.

“Ensuring the safety of children as they get on and off the school bus is part of our efforts to make B.C. roads the safest in North America,” said Mike Morris, Minister of Public Safety and Solicitor General. “We will continue to look at new technologies to help deter irresponsible drivers from passing school buses with flashing lights.”

“The safety of our children travelling to school by bus is a top priority for us,” said Mike Bernier, Minister of Education. “The people who drive those buses have a responsibly to get them to school and home safely and we have a responsibility to support them.”

“We are very pleased with this decision,” said Cindy Dettling, who drives a school bus in School District 60 (Peace River North.) “I’m hopeful the increased fine will cause drivers to think twice before they illegally pass a school bus.”

“We all need to do our part to keep children and students safe,” said acting chief constable Del Manak, Victoria Police Department. “Drivers need to understand that choosing not to stop for a school bus with flashing lights could be a fatal choice. For this reason, we welcome this increased penalty – stopping this dangerous behaviour will reduce the number of unnecessary and tragic collisions on B.C. roads.”

The ministry has worked with its partners to help make our roads in B.C. safer for children and others.  This is the second recent increase in fines for those failing to put safety first. On March 9, 2016, the Minister of Public Safety and the Solicitor General announced higher penalties for distracted driving increasing the base fine from $167 to $368.