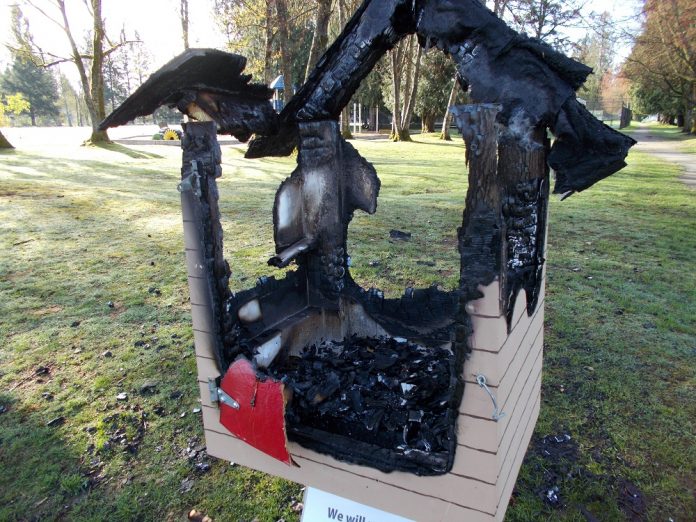 Coquitlam: Tips from the public have helped identify two teenage male suspects after a series of fires to community book exchange boxes known as Little Libraries. 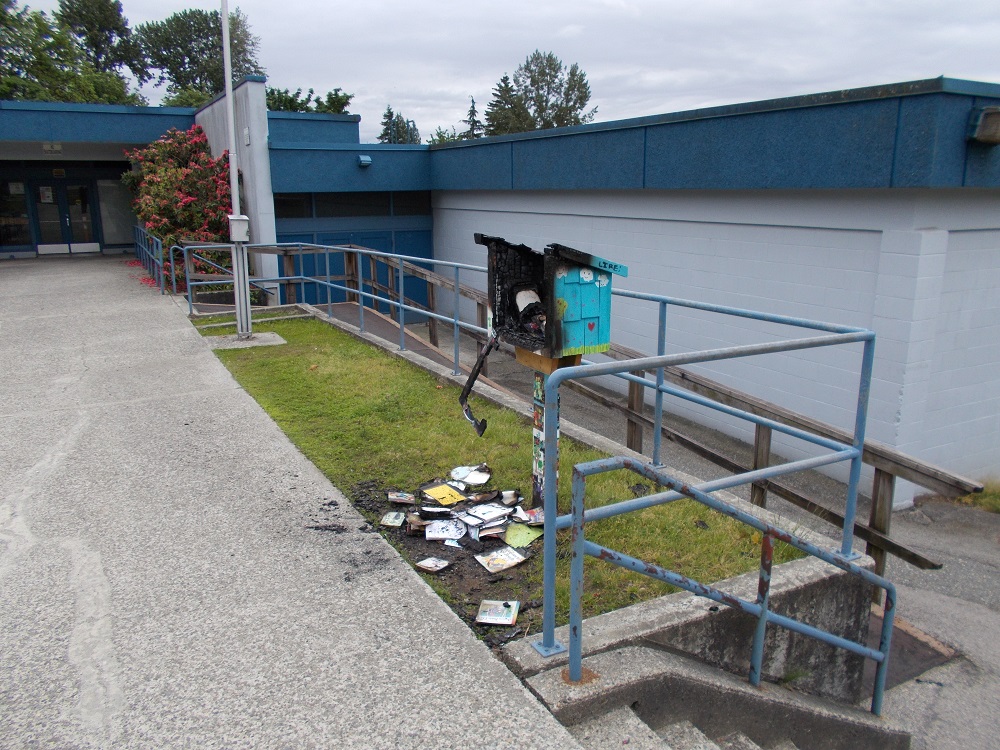 A 19-year-old and a 17-year-old, both from Port Coquitlam, have been arrested and released on a Promise to Appear in court on October 10. Each suspect is facing a charge of arson causing damage to property.

The community told us that these 11 fires were a serious concern so we assigned Coquitlam RCMP’s Arson Unit to the case, says Corporal Michael McLaughlin with Coquitlam RCMP. We’ve used a lot of resources including surveillance, search warrants, production orders, and cooperation from our city partners at both Coquitlam and Port Coquitlam. A tip from the public put us over the top and directly led to these charges.

The first of 11 fires was started on March 20, and continued until May 18.

Good cooperation from the Coquitlam and Port Coquitlam fire departments helped ensure these fires didn’t spread and also helped our investigators collate evidence, says Corporal McLaughlin. Many of these book exchanges were located near homes and green spaces and the damage could have been worse.

The investigation is not over and more charges are possible.

Canada welcomes decision of Indian and Mauritian prime ministers not to...