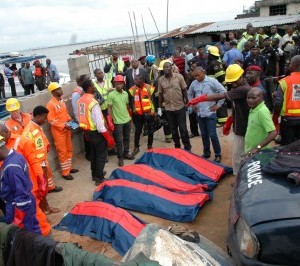 Tripoli, Oct 27 (IANS) A helicopter carrying 23 people crashed on Tuesday off the coast of Al-Maya after coming under heavy fire, 25 km east of Libyan capital Tripoli, according to a military source.
“An ambulance helicopter crashed off the coast of Al-Maya, as it was transporting 23 individuals including military officials,” the source told Xinhua.
So far, 12 bodies have been recovered, confirmed the source, including those of Hosein Bodaya and Duhain Al-Rammah, military officials of Libya’s Dawn militias.
The source said there may not be any survivors as the crashed helicopter was fully submerged in deep sea water.
Col. Ali Sheikhy, military spokesman of Libya’s outgoing General National Congress (parliament), said the helicopter came under heavy fire in Al-Maya, causing it to crash.
Western Tripoli has been seeing clashes between Libya’s Dawn militias and forces loyal to the internationally recognised House of Representatives (parliament).
Libya faces a state of insecurity and chaos since the fall of Muammar Gaddafi’s regime in 2011.
Since then, the country has been plagued with escalating violence and continuous fighting.