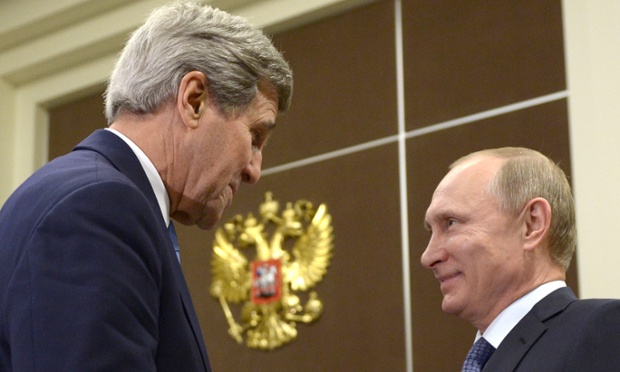 Moscow, May 12 (IANS) US Secretary of State John Kerry on Tuesday described his discussions with Russian President Vladimir Putin on key issues including Ukraine, Syria and Iran as “frank.”

Kerry had met earlier with Russian Foreign Minister Sergey Lavrov in the Rodina Hotel in the Black Sea resort city of Sochi, after which they relocated to the presidential summer residence in the same city.

Putin and Kerry shook hands before the press at the beginning of the meeting, and then proceeded to closed-door negotiations.

Upon his arrival in Sochi, Kerry laid a wreath at the memorial complex of the Soviet soldiers killed in the city during World War II.

Kerry’s trip comes amid tense diplomatic relations between Moscow and the US due the conflict in eastern Ukraine, and Russia’s alleged interference in the crisis.

Both the Kremlin and the White House described the resumption of dialogue between the two sides as “positive,” a fact that both parties considered crucial to global stability and to conflict resolution.