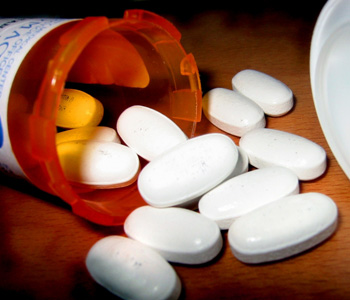 By Keith Leslie, THE CANADIAN PRESS

TORONTO: Canada should have a national pharmacare program to help people pay for prescription drugs, several provincial and territorial health ministers said Monday as they vowed to make it a key issue in this fall’s federal election.

“Certainly I think we have an opportunity given that this is an election year federally, to put and keep this issue on the agenda,” said Ontario Health Minister Eric Hoskins, who is a family physician.

Canada is the only industrialized country with universal health insurance that does not offer universal prescription drug coverage, and statistics show one in 10 Canadians cannot afford to pay for their medications.

Hoskins expressed disappointment that the federal government didn’t accept an invitation to attend Monday’s roundtable with the provincial and territorial ministers, academics and other experts in pharmacare.

Other health ministers said federal leadership was critical to efforts to create a universal pharmacare system to provide public coverage for prescription medications.

“I think a year when there’s a federal election happening is an ideal time to get all political parties focused on national pharmacare,” said Newfoundland and Labrador’s Steve Kent. “I think a lot of us agree on where we want to get, but I’m not sure anybody fully understands yet how we’re going to get there.”

British Columbia Health Minister Terry Lake admitted there wasn’t “complete consensus” among his colleagues on Ottawa’s involvement in a pharmacare plan, noting the provinces already found big savings by buying some drugs together in bulk.

“It would be nice to have the federal government as a partner, (but) I don’t think it’s critical or absolutely necessary,” said Lake.

“I think the federal government does need to be there as a partner in every sense of the word to help us build a national approach to this very serious issue,” he said. “I don’t know when we’ll see it, but if we stop talking about it, it will never happen.”

Asked about the potential cost of a national pharmacare program, the ministers said they were examining studies that show it could save taxpayers $11 billion a year through bulk purchasing to lower the price of medications.

“It’s a good question, and I don’t know if we have the answer to that yet,” said Lake. “A big part of what we’re doing here today is trying to test the theory that there would be billions of dollars in savings.”

The estimated cost of a national pharmacare plan ranges “from low cost to no cost to actually a cost benefit,” said Hoskins. “One of the challenges is to produce the evidence that this will result in better, enhanced access.”

There is a cost to people’s health, and to medicare, when they don’t take the drugs they need to stay healthy, added Hoskins.

“In many cases, by not taking their medications they threaten their own health and well-being down the road, so there is a cost impact to Canadians if they aren’t able to access their medicines,” he said.

Hoskins said he was encouraged that federal Health Minister Rona Ambrose was open to discussing pharmacare when she last met her provincial counterparts in Banff, Alta., last October, but he hasn’t had any further talks with her on the issue.

Should you be told if trainees are involved in your surgery?