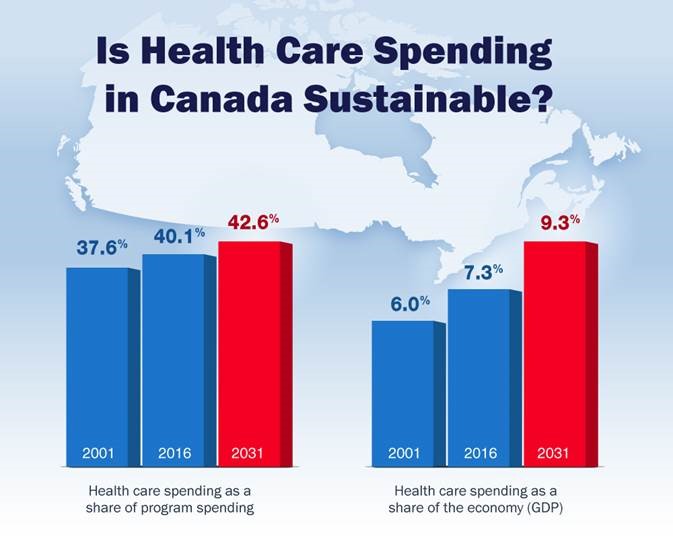 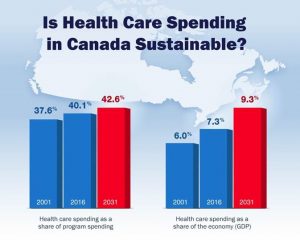 Vancouver: Health-care spending by provincial governments has increased by 116 per cent since 2001, and even though increases have slowed recently, health care is projected to consume an even larger portion of program spending over the next 15 years, according to a new study released today by the Fraser Institute, an independent, non-partisan Canadian public policy think-tank.

“Following more than a decade of marked health-care spending increases, Canadians may wonder why historically long wait times and a lack of access to doctors and life-saving equipment remain staples of Canadian health care,” said Bacchus Barua, senior economist for health-care studies at the Fraser Institute and co-author of The Sustainability of Health Care Spending in Canada, 2017.

In Alberta, which had the largest increase over the 15-year period, health-care spending grew by a staggering 191 per cent—almost doubling GDP growth—followed by Saskatchewan (137 per cent), Manitoba (123 per cent) and Ontario (114 per cent).

“As health-care spending continues to grow, and consume a larger share of provincial program spending and the economy, there’s either less money available for other important priorities or governments may have to raise taxes and/or run deficits to cover the increasing costs,” Barua said.