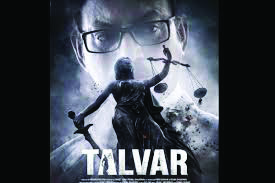 2015 has ended on a bright note as Rohit Shetty’s DILWALE & Sanjay Leela Bhansali’s BAJIRAO MASTANI continue to do good and both films have already crossed over Rs.250 Crores each in world-wide collections and while analysts & trade pundits are busy compiling the list of big money earners and box-office hits/flops , I think it’s time to go beyond that list and talk about some of the sleeper hits and surprises which some may have missed or overlooked because of various reasons but these films are the reflection of BOLLYWOOD and certainly deserve to be seen by masses as well and they’re…

I’m sure many of you may’ve added some other names to this unique list but these films deserve to be applauded for their unique stories, ideas and presentations and I strongly recommend you all to watch these films as they’re amongst the best of this year!

Bring on the Bhangara – By Whitney Sharp