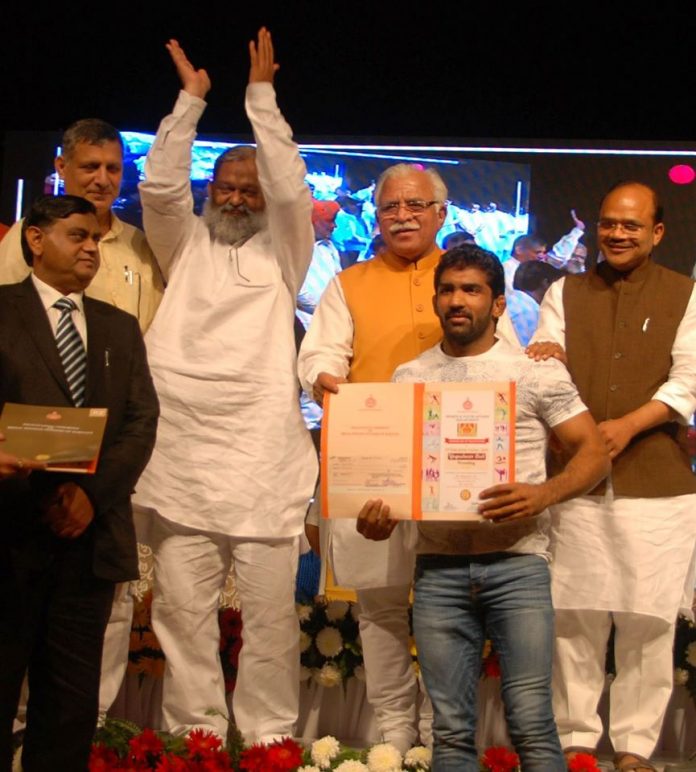 Chandigarh, Aug 11 (IANS) Medal-winning sportspersons from Haryana were on Tuesday given cash awards of Rs.53 crore by the Haryana government.

Chief Minister Manohar Lal Khattar gave away the cash awards to 158 outstanding sportspersons of the state who excelled in various international events and won medals for the country in events like boxing, wrestling and athletics.

“A sum of Rs.40 crore was given to 36 medal winners of the 17th Asian Games held in South Korea during 2014, and 33 participating players were awarded cash prizes of Rs.1.65 crore,” a state government spokesman said.

“Cash prizes of Rs.8.5 crore were given to eight medal winners in Para-Asian Games and Rs.55 lakh to 11 participants. Also, cash prizes of Rs.90 lakh were given to 28 medal winners at the international level during 2013-14, and over Rs.1.5 crore to 42 participants in sports competitions at the international level during 2014-15,” he said.